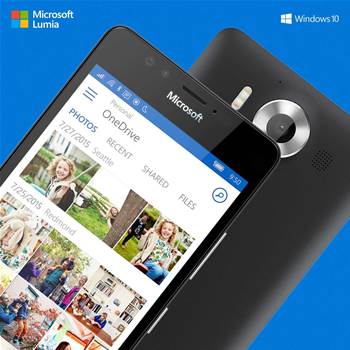 Insiders have to revert to Windows Phone 8.1 to install update.

Microsoft has released a new insider preview update of its Windows 10 Mobile operating system with a large range of bug fixes, but introduced a new flaw that requires users to downgrade to Windows Phone 8.1 to install it.

The company's general manager for operating systems, Gabe Aul, said build 10549 - which is available on the Windows insider program fast ring release schedule - contains a bug that causes devices upgraded from earlier versions of Windows 10 mobile to brick with a black screen.

Despite the bug, Microsoft has taken the unusual step of not pulling the faulty build of Win10 Mobile, and instead released it as an update from Windows Phone 8.1, Aul said.

Build 10549 of Win10 Mobile contains a working version of Microsoft personal digital assistant Cortana for Insider program participants in Australia, in English only.

Windows Insider triallists with the Lumia 1020 smartphone will no longer have the Lumia camera app uninstalled when they update to Windows Mobile 10.

However, if it's been uninstalled in earlier builds, users will need to flash their devices back to Windows Phone 8.1 and then upgrade to Windows 10 Mobile using the above method to get the Lumia camera app back.

Microsoft has fixed several bugs in build 10549 of Win10 Mobile, including making call blocking work, rectifying pinch and zoom in the Maps app, stopping the keyboard from being dismissed each time a message is sent, and more.

Known issues in the build include having to reset the phone if apps are missing, and being unable to make calls in Skype for Business, WhatsApp and others communications programs unless they are uninstalled and reinstalled from the Microsoft Store after upgrading to Windows 10 Mobile build 10549.

Earlier this month, Microsoft confirmed that Windows 10 Mobile will start rolling it out in December this year.