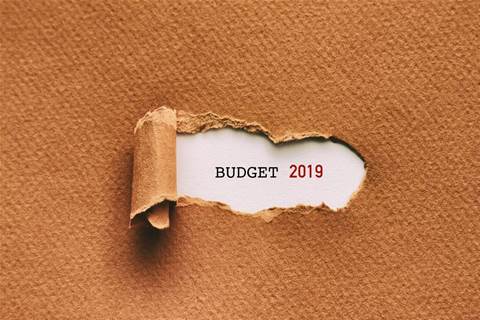 Revenue runneth over as robodebt nuked by middleware.

When it comes to election Budgets, especially those betting on a Hail Mary result, there’s a world of difference between the chosen lexicon of the Morrison-Frydenberg government and the jettisoned Turnbull-Morrison government.

After years of fist pumping pumping all things digital, disruptive and transformative, the flavour of the Treasurer’s speech this year doesn’t so much bury that big digital meme as concrete over it.

It was never a secret that part of the animosity towards Turnbull was his dogged evangelical enthusiasm for technology-led reform, whether it was the self-disrupting Digital Transformation Office or his relentless use of social media.

But when it came to everyday Australians, “innovation” bluntly translated to job losses and ongoing lack of job security. Automation may be a thing, but robots don't vote.

Remember the National Innovation and Science Agenda? The big picture cyber strategy? The persistent emphasis on arresting the decline in STEM? ScoMo and Joshy are seriously hoping you won’t.

This year the word innovation doesn’t even make it into Frydenberg’s speech.

Not even once. Sum total zero.

Digital? Just twice. STEM? It gets a passing reference but is lumped in with a reference to women. Not that there’s a representation issue there.

Instead there’s a swag of infrastructure, tax relief for the masses and a very handsome payoff from brutal efficiency and effectiveness in taxation revenue collection.

And therein lies the magic in a less than surprising return to surplus, despite cash being shovelled around in very substantial amounts.

Mind you, there is a fair bit of technology dark artistry at work, but calling that out would be so last Prime Minister.

But it’s all there if you look for it, clawing back revenue one billion after another. This year there’s a surplus and its $7.1 billion, and you can thank smart tech investment for the scale of the savings.

If 2018’s Black Economy crackdown was a spot frisk to see where businesses and individuals are stashing cash, this year is a full body pat down with x-ray scan that intentionally leaves nowhere to stash cash or dodge obligations.

Revenue collection efficiency and execution looks up, way up. Not that that’s a vote winner.

Small businesses might get a tax break down to 27.5 percent in 2019-20 and then 25 percent in 2021-22 but you can bet those enterprises will actually be paying more in terms of volume rather than percentage value.

The differentials on the investment in counter avoidance are monumental. For a spend of a neat $1 billion in this budget the government estimates it will recoup $4.6 billion in liabilities over the forward estimates.

This is where the ‘digital transformation’ rubber in government doesn’t just hit the road, it smokes up and does a couple of donuts. Pump that sub, the ATO is in the hood and they want their folding stuff.

Most of this cash clawback is the dividend of persistent contractor crackdowns, mandatory employer reporting obligations, single touch payroll, standard business reporting … the eye-glazingly boring IT even accounting journals struggle to be inspired by.

But it’s the ATO’s systems knowing where to look, what to shake, finding patterns, predictive models and signatures of where evasive activity grows … and then burning it off with laser accuracy.

For all the talk of machine learning and artificial intelligence it’s the very human machine at the ATO that has been using a better, sharper cut of software that can collect and boil down data much more quickly and accurately.

It’s being able to sync-up with the likes of Xero or MYOB, or track and predict cashflow for businesses, including self-employed or sole trader contractors and sub contractors, when physical cash is in fact leaving the economy.

No doubt Turnbull would like to claim some of the credit for this digitally-turbocharged tax collection capacity and its ability to generate a $7.1 billion return to surplus.

Again, the language and its themes are transferable. Remember Turnbull’s ‘Better Faster Simpler’ slogan that came with the DTO?

Frydenberg on Tuesday afternoon was pushing what he called a “flatter, simpler tax system”  pitched at the “tradie and teacher earning $50,000 [a year] each.”

OK, so maybe that tradie does a few cash jobs if they only declare $50,000 as taxable income.

There are very few votes, and this is an election budget, in calling out a ‘smarter’ tax system because nobody ever likes to be told the tax office is smarter than they are. But the ATO’s systems are getting much smarter and they are cutting across departmental boundaries.

Data matching used to be the big way to catch tax dodgers and welfare cheats but bring in automated and web-enabled transactions with near or real-time transparency and you don’t just get granularity and accuracy, you get a chance to remediate some truly stupid decisions.

Take the feral, inhuman and soul-destroying aberration that is Robodebt and you can see where the ATO, which openly washed its hands of the DHS stinker, has thrown the welfare bureaucrats a lifeline and a shovel to dig themselves out of a public relations pit.

Booked in as a whopping $2.1 billion saving over five years is the “simplifying and automating [of] the reporting of employment income for social security purposes through Single Touch Payroll (STP),” the budget papers say.

The spend for that measure is about $30.4 million over the first three years with DHS picking up the lion’s share (it is their mess after all), so again, the return on investment is massive.

Think about it … $30.4 million on middleware and some transactional reporting kit (both DHS and ATO are already major IBM big iron customers) to save $2.1 billion. That’s a factor of +10 and it’s so big it makes you wonder why it took them so long to tool up (apart from misplaced pride).

Here’s the epitaph for robodebt:

“The measure will assist income support recipients by greatly reducing the likelihood of them receiving an overpayment of income support payments (and subsequently being required to repay it),” the budget papers say.

Compare this sort of measure to previous big bang projects like Human Services’ Welfare Payments Infrastructure Transformation or the ATO’s infamous Change Program and it’s a massive shift. Even a transformation.

After all, when a borked, deeply unfair and fetid measure like Robodebt is quietly taken out the back and shot for a return of $2.1 billion to taxpayers, that really is innovation, even if the Treasurer dare not speak its name.