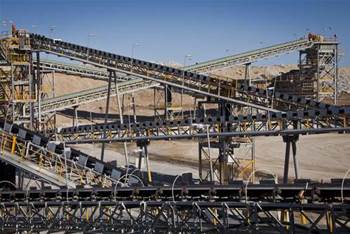 BT is re-examining its network architecture in Western Australia as it seeks to expand its presence in mining, oil and gas on the back of Australia's resources boom.

Asia Pacific president of BT Global Services, Kevin Taylor, acknowledged the service provider would likely have to augment its existing network assets – particularly in Perth and the Pilbara region – to win the type of business it hoped to attract in Western Australia.

"In terms of Perth, we're looking at our network architecture currently, and I know what a difference [a presence] in the Pilbara would also make - the [network] topology up there is very expensive," Taylor said.

Although that likely meant investing in its own assets, he noted that if "NBN [Co] wants to deliver everything for us in a fast time rate, then that would be even better".

He argued access to international transit remained a challenge for the Pilbara, although a long-planned subsea fibre route out of Perth could potentially alleviate that transit bottleneck.

BT's flagship mining customer is coal miner Anglo American, which has mines on the east coast of Australia.

Anglo American recently separated a large outsourcing contract held by an alliance of HP and BT, extending and expanding the BT portion over a further five years.

BT also revealed Australia as a beta location for the second iteration of its Cloud Compute product.

Gupta said Sydney had been selected as a beta site because "there's an application in Sydney that requires" the new cloud product, though he was not specific as to whether it was for a client site.

Ry Crozier travelled to Hong Kong as a guest of BT.