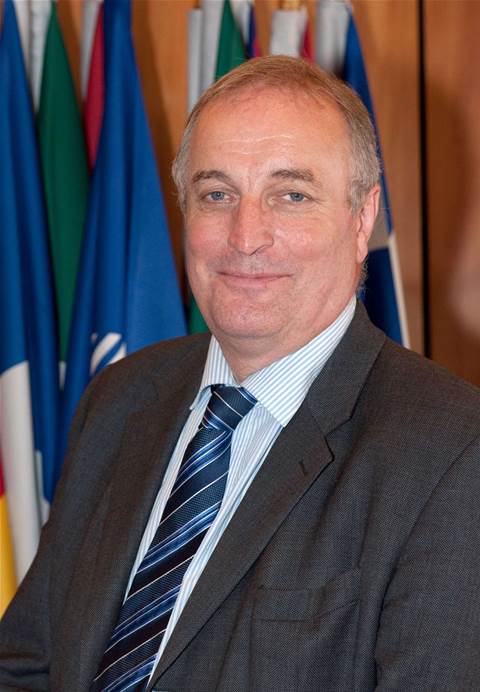 CSIRO has appointed the former administrator of the UK Space Agency, Dr David Williams, to lead its Information Sciences group.

Williams will oversee roughly 1,200 staff and be in charge of a $120 million a year budget.

He is to focus specifically on two opportunities, in particular, for CSIRO and Australia, namely the Square Kilometre Array radio telescope project and establishing the new National Research Flagship in Digital Products and Services.

Williams was born 1951 and attended Hutton Grammar School in Lancashire. He gained a BSc in 1974 from the University of Reading, from which he also obtained a PhD in 1978 and worked as a lecturer.

His career at research institutions spans several decades and includes a position at the Natural Environment Research Council in Britain followed by a central government position and ten years spent in Germany.

He joined the British National Space Centre in 1989, eventually being appointed the director of the latter organisation in 2006 and as it become the UK Space Agency, being appointed its CEO while also serving as chairman of the European Space Agency.

Overseeing the creation of the UK Space Agency (UKSA), which funds Britain’s civil space programmes, Williams set out the long-term strategy for research in the field and relocated the agency out of London.

He was also involved in establishing the European Space Agency (ESA) and setting up bilateral arrangements with other countries on space research.

Some of Williams' work at the UKSA and ESA included establishing cooperation agreements with India, Russia and the US.

Dr David Williams speaking to to the Royal Aeronautical Society on funding, progress at the UKSA, cooperation with Europe and the United States, human spaceflights and inspiring the next generation of engineers, scientists and astronauts.