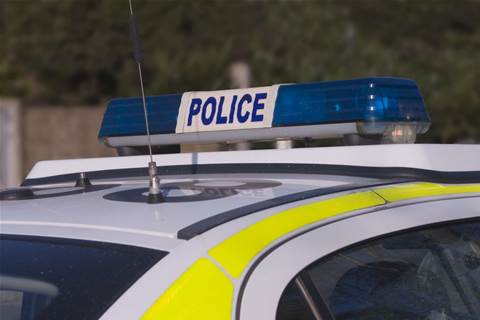 Ex-detective says too many challenges for one cop shop.

The British Government's attempt to streamline the policing of fraud and cyber crime has been labelled “political”, with one security expert claiming that it is evidence the country is suffering from “fragmented” cyber crime detection.

The Home Office has declared that ‘Action Fraud' – the UK's national fraud and cyber crime reporting centre – will move under the control of the City of London Police from April 2014 having previously been part of the National Fraud Authority (NFA).

However, the NFA is due to be closed down and its strategic development and threat analysis work is being passed onto the recently-established National Crime Agency, which has been called ‘Britain's FBI'.

It means that national policing of fraud and general cyber crime will be shared between the City of London Police, the Met Police's Cyber Crime Unit and the NCA's own National Cyber Crime Unit.

“I know that the City of London Police now has some national responsibility. But it is one thing having a national authority [and] it's another thing servicing it,” he said.

“It's still fragmented and there are challenges for communication.”

Culley questioned the ability of any single police force to take a national role and pointed to the confusion between individual forces, like the City of London Police and Met Police, playing ‘national' roles alongside the NCA.

“I wish the fraud reports being owned and administered by the City of London Police every success but it's a challenge to see how the force that looks after the Square Mile delivers that for the UK. Sadly, not all fraud occurs within the City of London.”

Culley said this latest project mirrors past attempts to unify ‘e-crime' detection. “It's like the same old political battle has gone on for 30 years if not longer. It's all the same Whitehall issues.”

The move marks an attempt by the Government to streamline and integrate the UK's fraud and cyber crime defences.

Announcing the changes, Home Secretary Theresa May said: “The closure of the National Fraud Authority will strengthen the Government's fight against economic crime by simplifying the national landscape, concentrating effort into law enforcement bodies and improving the fraud reporting and analysis service. The changes will further support the National Crime Agency's role in leading the fight against serious and organised crime.”

Action Fraud will join the National Fraud Investigation Bureau (NFIB), which is already part of City of London Police.

Currently, Action Fraud collects and transfers to the NFIB approximately 18,000 reports of fraud, 15,000 information reports and 2,000 computer misuse reports each month, coming from members of the public and small businesses. In April this year all UK police forces started referring victims directly to Action Fraud.

The NFIB, meanwhile, is the central repository for fraud, analysing millions of reports - including those from Action Fraud - to identify serial fraudsters, organised crime gangs and emerging and established crime threats.

City of London Police Commissioner Adrian Leppard said: “Having Action Fraud and the NFIB working together at the City of London Police will strengthen the processes that have been in operation since 2009 to collect, record and analyse reports of fraud. It will also pave the way for an even greater understanding of the nature and scale of the threat we face from fraud and e-crime, and ensure we continue to improve how we target the serial fraudsters and organised crime groups that are causing most harm across the country.

“This further integrates our functionality as the national police service lead for economic crime and enhances our capability to combating fraud nationwide.”

* The City of London Police's PIPCU (Police Intellectual Property Crime Unit) has joined forces with European and US law enforcement partners to suspend nearly 700 websites that were selling counterfeit goods online. PIPCU closed down the 90 sites that were based in the UK. PIPCU's Superintendent Bob Wishart said: “The 90 websites we have suspended sends a clear warning out to anyone else who thinks they can sell counterfeit goods on the internet with little fear of ever being stopped.” During the weeks leading up to Christmas, City of London Police say the market is flooded with counterfeit products being sold at stores, on street corners and online.

Got a news tip for our journalists? Share it with us anonymously here.
Copyright © SC Magazine, UK edition
Tags:
british government policing security