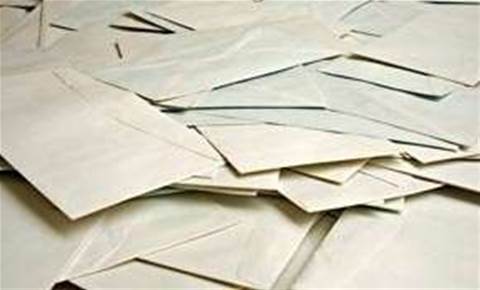 Asked to contribute to expense of sending breach notices.

The British government will soon debate anti-piracy measures under its Digital Economy Act that could see internet service providers (ISPs) bear a quarter of the cost of sending copyright infringement notices.

The Act was rushed through last April, however the government has yet to debate secondary legislation regarding which organisations bear the cost of its proposed anti-piracy notification scheme.

The proposal outlines that that rights holders should bear 75 percent of the cost of the notifications process and an appeals mechanism while ISPs carry the remainder.

It was hoped the scheme will cut the financial damage of piracy to the music industry by half, according to Communications Minister Ed Vaizey.

“The Digital Economy Act sets out to protect our creative economy from online copyright infringement, which industry estimates costs them £400m a year,” he said

“These measures are expected to benefit industry by around £200 million a year and as rights holders will be the main beneficiaries, we believe our decision on costs is fair to everyone.”

The notifications will remind people that copyright infringement is unlawful and could be sent to up to 7.5 million British file-sharers who will also be pointed to legitimate sources of online music.

UK music rights lobbyist BPI has complained that the notification scheme was long overdue while the International Federation of the Phonographic Industry (IFPI) last week called on governments worldwide to provide more “legal tools” to combat piracy in 2011.

The calls come despite a 30 percent surge in revenues from online music sales in the UK made possible by the availability of ad-supported and subscription music services.

Analysts have argued that that the most effective method of stemming piracy is to provide legal online alternatives, not tougher laws.

“I would argue that the most important measure in countering this behaviour is licensing legal services which genuinely work,” Mark Mulligan, vice president and research director of Forrester Research told The Telegraph (UK) last December.