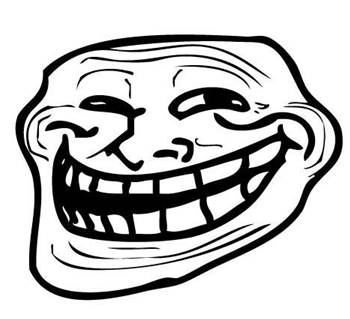 British MPs have proposed plans to crack down on offensive anonymous comments posted online in a move similar to a failed bid by former South Australian Attorney General Michael Ackinson.

The amendments come in response to the British Government's draft Defamation Bill and would force web site to remove defamatory posts.

Under a “new notice and take-down procedure", anonymous posts that garner complaints would be immediately removed if unless the author identifies themselves.

“If the internet service provider believes that there are significant reasons of public interest that justify publishing the unidentified material — for example, if a whistle-blower is the source — it should have the right to apply to a judge for an exemption from the take-down procedure and secure a "leave-up" order,” a joint Committee report on the updates read.

“We do not believe that the host or service provider should be liable for anonymous material provided it has complied with the above requirements.”

Complaints about posts from identifiable contributors should be published alongside the relevant material.

A similar move crashed in spectacular fashion ahead of the South Australian election in February last year.

Then Attorney General Akinson﻿ had proposed making media organisations liable for anonymous defamatory comments posted on their web sites in the lead up to the state election.

The move sparked outage from media organisations and privacy activists and, despite its political support, was dumped weeks later.

Akinson had told then SA Premier Mike Rann that the online community had grown up with the right to say "pretty much anything on blog sites'' without constraints and had fought fiercely to defend it, AdelaideNow reported.

"It would not be effective to continue to resist them,'' Atkinson said at the time.

If sued for defamation because of anonymous posts, web site owners that had not published the complaint “can only rely on the standard defences available to a primary publisher”, the British report read

Complainants would also be able to apply for a court order to have the post taken down. In that case, the post’s author would be contacted as well and they would be able to make their arguments for why the comment should remain or be deleted.

The committee said identifying anonymous users by seeking a court order against the host or ISP would not be quick, cheap or guarantee a successful outcome.

“Specifically we expect, and wish to promote, a cultural shift towards a general recognition that unidentified postings are not to be treated as true, reliable or trustworthy,” the Joint Committee report read.

“The desired outcome to be achieved - albeit not immediately - should be that they are ignored or not regarded as credible unless the author is willing to justify or defend what they have written by disclosing his or her identity.”

Some have warned that the proposals would threaten the positive aspects of web anonymity.

"It is essential that the ability to post and publish anonymously online is protected and this report does not go far enough to explain how this can be done," said Big Brother Watch director Nick Pickles.

"If people are posting defamatory material, publishers have a duty to remove that content. What is essential is that any take down process must follow due process and ensure that the law cannot be abused by larger parties to censor uncomfortable content - as is often the case under existing law.”

Got a news tip for our journalists? Share it with us anonymously here.
Copyright © ITPro, Dennis Publishing
Tags:
anonymitypolicyprivacysecurityuk government