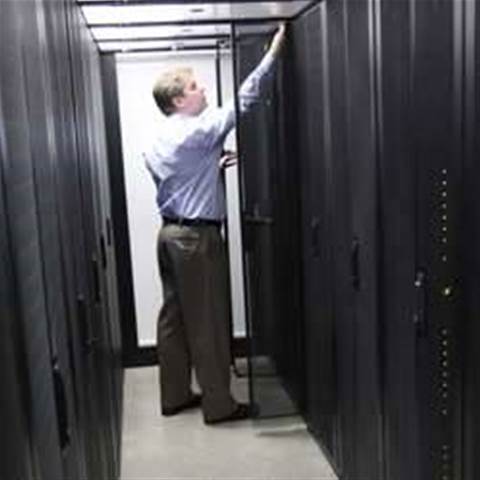 Brisbane data centre Over the Wire has launched a second 32-rack server room within its Spring Hill facility.

The new co-location server room, DC2, is another APC build - with servers housed in a hot aisle containment pod as opposed to the traditional raised floor 28-rack data centre next door in DC1.

Average power within the pods is set at 4 kiloWatts per rack, but the company estimates it could handle 10 kW per rack if a customer demanded it.

"If a customer wanted 8 kW rather than 4 kW, I would simply leave a rack empty and charge them just under double the price of a single rack," said Over the Wire CEO Brent Paddon.

Over the Wire charges a standard per-rack price at 10 amps, with additional power requirements charged incrementally on top of the base price.

Paddon told iTnews that while the facility is N+1 redundant in terms of UPS and generators, the facility relies on a single common mains feed - a common issue for data centres in Queensland.

"It is very difficult to get dual-feed into buildings up here," he said.

The company financed the extension privately after signing up a Brisbane-based IT services company to use 40 percent of the new racks - a company unnamed due to a non-disclosure agreement.

Paddon said he was not concerned by the acres of empty rack space sitting within the giant Polaris data centre in neighbouring Springfield.

He expects the new server room to be full within 12 months.

"It really just depends whether there is one or two large customers asking for ten racks or whether its smaller deals," he said.