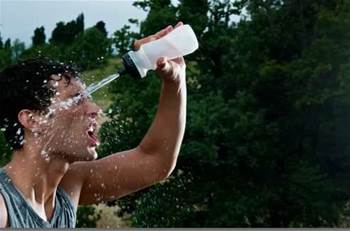 A bit over a year ago, SAP launched its first wave of Rapid Deployment Solutions (RDS) -- sets of pre-configured software and services designed to enable customers to bed down portions of SAP software in under three months.

In a world where SAP is synonymous with big bang, multi-year deployments -- heavy on customisation and the purse -- RDS promised to give businesses a "low-cost way to quickly address their most pressing business demands without making compromises".

But has it delivered on its promise?

SAP's senior vice president of RDS, Steven Birdsall, thinks so. He points to "massive adoption" globally, noting the sale of "several hundred of these packages in the first nine months of the year".

In Australia, SAP has sold 15 RDS packages year-to-date. The vendor did not comment on whether that figure is indicative of success.

"I'm guessing [it] isn't as many as they would have liked," Forrester Research's CIO Group senior advisor Tim Sheedy says.

Sheedy sees "small enterprise and large SMEs" - those averaging turnover between $200 million and $500 million a year - as the core market for RDS.

It's where serious money is still spent on SAP projects that it appears RDS and its pre-configured software is yet to make serious inroads.

"The big end of town thinks that what they do is different from everyone else. They're not particularly willing to compromise."

One reason that RDS hasn't exactly impacted larger SAP projects is that it appears to challenge the payment model enjoyed by SAP partners and consultants.

"The reality of the Australian SAP market is that most organisations have gone big bang, multi-million, multi-year SAP projects, and the partner ecosystem therefore has built itself around delivering on those types of requirements," Sheedy says.

"My take on it is that local partners aren't jumping at the opportunity to do a three-month project instead of a two-year project."

Where Sheedy does see some benefit for SAP customers is that RDS may allow for a greater portion of SAP integration work to be handled by an offshore services provider, lowering the cost of deployment.

"A typical SAP project might have 10-20 percent [of work conducted] offshore but with RDS you can do 60-70 percent of the project offshore," he says.

"That brings down the cost significantly and plays to those organisation's that have already made a commitment and put processes in place to work with offshore providers.

SAP's focus on cutting the time and cost to deploy its software raises the question: Why didn't they do it sooner?

The complex nature of SAP implementations has been known for some time. That customers only recently started seeking to lower implementation costs and timeframes - particularly for line-of-business installs such as CRM in a sales organisation - is hard to fathom.

It is hard not to see RDS as at least a partial response to the competitive pressures that SAP must face from software-as-a-service (SaaS) providers whose promise is to bed down line-of-business systems faster and with less cost than traditional big-bang projects.

Sheedy says the existence of RDS makes it more likely that SAP's off-the-shelf CRM product - for example - is considered in competitive evaluations with SaaS rivals, although he believes that product decisions will ultimately "come down to ... ecosystem".

In other words, RDS makes it easier for firms that run SAP core systems to stick with SAP for their bolt-on projects, since the time-to-implementation is now roughly on par with alternate approaches.

"They probably would have gone SAP potentially anyway but they didn't particularly have the appetite for a two-year implementation," Sheedy says.

However, SAP's Birdsall is adamant that competitive pressures played no part in RDS' creation.

"We're focused much more on our customers," he says.

"Why now is because we now have a capability with on-demand services and with the deployment models in this predictable fashion.

"We have the ability to deploy them in a such a way that brings that quick time-to-value for our customers."

Birdsall disagrees with a suggestion that RDS wasn't possible when SAP did not have an on-demand capability.

"I wouldn't say that it was a requirement to have on-demand services," he says.

"I would say that it's a requirement for innovation to be rapidly deployed just as the core functionality of our other solutions are required to be deployed quickly as well.

"The opportunity for us is to take advantage of having a scalable, predictable, fully integrated suite of products that is available to our customers in bite-sized pieces so that they can quickly be rapidly deployed."

Read on to page two for Integria Healthcare's frontline experience using RDS, and why customisation is the future.