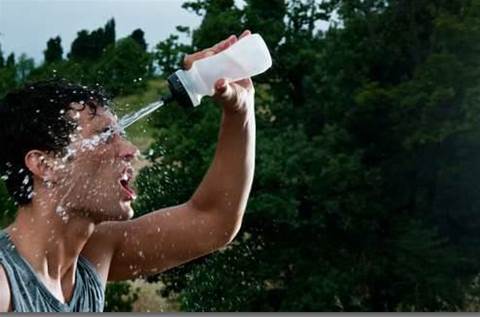 Integria Healthcare is frequently cited as the public Australian case study for RDS.

The company used RDS to embed SAP CRM 7.0 into its sales organisation in eight weeks.

Western Australian sales manager Damien Wilson-Brown was brought into the project as a business lead.

"I'm responsible for distribution in Western Australia too, so I know SAP ERP very well in terms of sales and distribution and CRM kind of draws a bit from that in terms of customer and material masters," Wilson-Brown says.

Although Integria bought into RDS knowing it was billed as an out-of-the-box system, they still attempted to customise the software as much as possible. Some of this work was handled by UXC-owned Oxygen.

"We knew that what we actually bought from SAP and Oxygen was meant to be out-of-the-box, but we of course wanted to customise as much as we possibly could with the money we were spending as well," Wilson-Brown says.

"I suppose everyone probably thinks their own business is complex - but our company certainly has complexities as well. For example, we are manufacturers [but] we're also distributors of our own products and other company's products, so we have all sorts of divisions and different customer types go with that as well.

"Even in sales we have two divisions - we have a retail and practitioner division, and sometimes we have two account managers calling on the one customer.

"We had to find a way that we could show that relationship properly in CRM and that was all able to be done."

Wilson-Brown is positive of the way his team's input and feedback is reflected in the RDS model.

"The fact that you have an RDS means that consideration has been put into it that it's going to suit most businesses," he says.

"A lot of the basic structure of it is going to suit most businesses and I'd say that was the case for us as well.

"In terms of the configuration it was mainly just naming various drop-down fields, creating all the subsets for all the entries that you can make in CRM. All that kind of thing requires a little bit of thought.

"We just needed to get into the nitty gritty and name the various fields."

SAP is cognisant that the future of RDS lies in greater customisation and more packages.

That range has since expanded to include "an ERP package, in addition to all the different line-of-business solutions. HR, finance, procurement, manufacturing", Birdsall says.

Birdsall says that SAP will likely "double the number of [RDP] packages we have going into next year".

"What we're finding is that in each market - for example if I was in Tokyo - [the requirements] would probably be more specific," he says.

"We need to develop packages specifically for those markets. I'm sure Australia will be the same.

"As we continue to increase the number of packages we have available, that obviously creates a much higher increase in demand as well."

Would you consider using RDS to speed up parts of your SAP deployment?