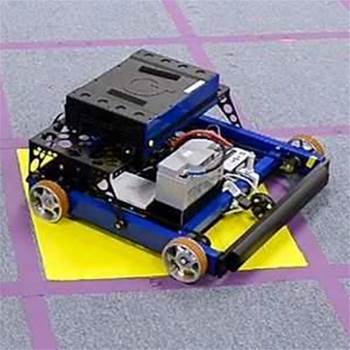 Qualcomm is developing new computer circuits that mimic neural structures and how the brain processes information, the company said at the EmTech Massachusetts Institute of Technology conference in the United States earlier today.

Qualcomm chief technology officer Matt Grob said by next year, the company and its partners would design and manufacture neural processing units (NPUs) which function in a completely different manner to current processors.

These would be used for a range of different applications, from artificial vision sensors to robot controllers, and possibly brain implants.

NPUs are envisioned to work more like the brain, processing large amounts of information in parallel while being very power efficient, unlike the current sequential Von Neumann computer architecture. 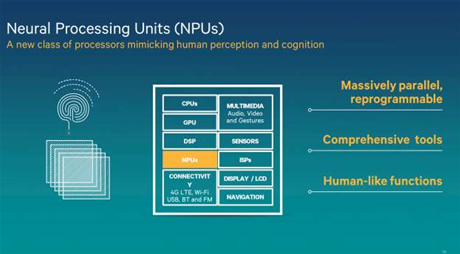 Grob said Qualcomm has worked on recreating neurons with associated software tools to create the chips, and now has a suite ready for commercial design and development.

According to Grob, the chips could also lead to far more efficient, powerful and capable smartphones that can learn what their users do with them and adapt accordingly.

Prototypes of the chips have already been built by Qualcomm and partner company Brain Corporation which is recieving funding from the United States Defence Advanced Research Projects Agency (DARPA).

The chips have been used to build a four-wheeled robot with neurons implemented in hardware that can be trained to learn navigation with simple "good robot!" and "bad robot" commands to teach it where to go and which areas to avoid, instead of complex coding to map out the path.

Work on neural computing has been underway for several years now, with IBM and Intel also attempting to build so-called brains on chips.