Box snags $160 million ahead of IPO 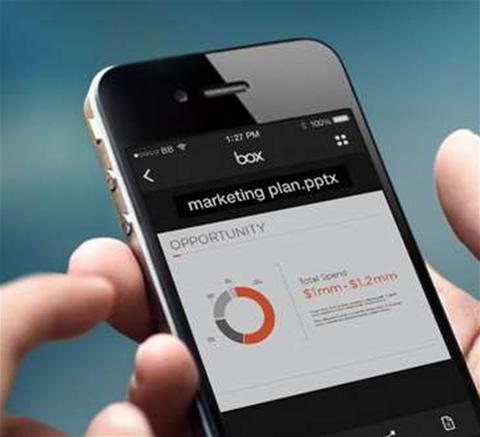 Online storage start-up Box has raised US$150 million (A$160 million) in funding from US private equity firm TPG and hedge fund Coatue Management as it advances toward an initial public offering.

The financing round reportedly values Box at about US$2.4 billion. In return for its funding, TPG gets a seat on Box's board.

Box posted a near-doubling in first quarter revenue to US$45.3 million, underscoring the torrid pace of expansion that at one point had made Box one of this year's most-anticipated tech IPOs.

In an amended prospectus filed today, Box said its net loss for the first three months widened to US$38.5 million, from US$34.1 million a year earlier.

The startup, which had warned it did not expect to be profitable for the foreseeable future, grew rapidly by spending heavily to secure clients.

It was one of a coterie of companies that rode a migration toward internet-based storage and services, and now claims some 27 million individual users scattered across 240,000 businesses globally - including in Australia, where it set up shop

The company also managed to convince Australia's largest telco to jump on board as part of an US$100 million funding round last year.

But the company had put its IPO plans on hold as shares of fellow companies that market internet-based services began heading downward around the time its prospectus was filed, and as investors reassessed lofty valuations.

Box is now expected to make its debut after the US Labor Day holiday in September.

Its other backers include Draper Fisher Jurvetson, Andreessen Horowitz and General Atlantic.