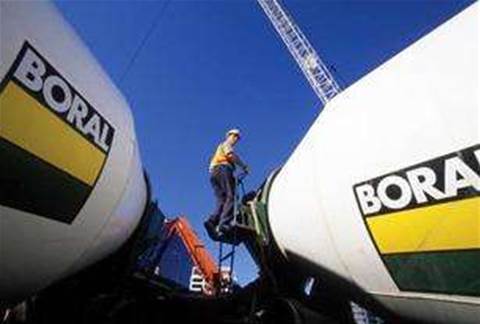 Concrete giant Boral has culled its standalone Australian chief information officer role and will cut up to 95 other IT and operational positions under a major business restructure.

The firm said today that responsibility for corporate support functions — IT, human resources, safety, environment, and procurement — would fall under a newly created chief administrative officer role that is to be filled by Robert Gates.

Gates was appointed to the CIO role in February last year — his first pure play IT role — but by October he shifted to vice president of performance management, according to LinkedIn records, "co-managing" an overhead cost review project that ultimately led to today's business-wide cutbacks.

A total of 700 "functional, operational support and managerial positions will be taken out of Boral's Australian business", the firm said today.

Of the redundancies, 200 were made late last year and most are expected to be completed by March 2013.

Boral indicated that 185 of the employee cuts would come from "operational rationalisation initiatives and IT outsourcing in Australia".

Excluding the operational rationalisation, which covers about 90 staff at a clinker manufacturing facility, up to 95 roles in IT are to be impacted.

A Boral Australia spokeswoman has been contacted for comment.

In his time as CIO, Gates spearheaded an IT improvement strategy to reduce costs, improve scalability and build credibility with the broader Boral businesses.

The works included an end-to-end infrastructure assessment and simplification of an Oracle enterprise resource planning system.

Gates came to Boral's Australian operations with a heavy industrial operations-focused background, including senior roles in lean manufacturing in the United States.