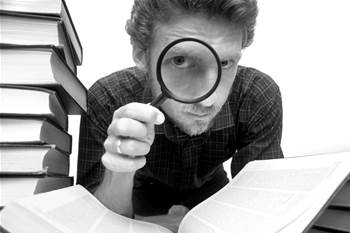 Booz Allen Hamilton has hired a former FBI chief to conduct an external review of its security practices, after the consulting firm learned for the second time in three years that an employee working under contract with the National Security Agency had been charged with stealing classified information.

Booz Allen, which earns billions of dollars a year contracting with US intelligence agencies, has come under renewed scrutiny in recent weeks after authorities took Harold Thomas Martin into custody.

The firm also employed Edward Snowden, who leaked a trove of secret files to news organisations in 2013 that exposed vast domestic and international surveillance operations carried out by the NSA. Snowden, who was in Hong Kong when his disclosures surfaced, lives in Moscow under asylum.

Former Federal Bureau of Investigation director Robert Mueller is leading the audit of security, personnel and management practices, Booz Allen said in a statement. The review began on Oct. 19.

Martin, 51, was taken into custody in August, but his arrest was not announced publicly until earlier this month. Prosecutors have alleged he spent more than two decades pilfering secret documents and hoarding them at his home in Maryland, where investigators said they seized at least 50 terabytes of data.

Among the material allegedly stolen by Martin was a top secret document that contained "specific operational plans against a known enemy of the United States and its allies," the prosecutors said.

The FBI is investigating possible links between Martin and the leak online this summer of secret NSA hacking tools used to break into the computers of adversaries such as Russia and China, US officials said.

“We fired Harold Martin as soon as we learned of his arrest, and we have been fully cooperating with the FBI’s investigation," Booz Allen spokesman Craig Veith said.

"We are determined to learn from this incident and look more broadly at our processes and practices."