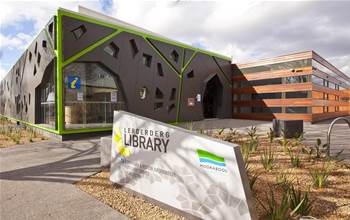 Efforts at Victoria’s Moorabool Shire to prepare for a doubling of its population in coming years have resulted in a digital transformation that serendipitously helped the local council cope with the COVID-19 outbreak with relatively little stress.

The council’s ICT manager, Lalitha Koya, said the region between Ballarat and Melbourne is fast filling with young professionals escaping urban life but taking the 40 minute train to work in the city - and that meant changing expectations about how council does business.

While digital interactions are significantly cheaper than in-person ones, they’re also a necessity for commuters who can’t just pop into the council chambers during their lunch break to sort permits and access resources.

Koya told iTnews that work began on streamlining and updating the Moorabool’s backend around two years ago when he joined the team, closely followed by a new CEO who supported his vision for a digital-first offering.

Moving off legacy systems implemented between 10 and 15 years ago onto the cloud was the first step of the modernisation program, freeing the IT team up from work to just keep the lights on.

Koya said that while the legacy systems like the ERP were fit-for-purpose at the time, they didn’t offer the flexibility of newer tools needed to meet the demands of a growing number of young professionals in the region.

Microsoft Office 365 was deployed across council, and cloud transformation specialists SXiQ was brought onboard to deploy SharePoint to support internal collaboration and the breakdown of information silos.

“The information previously was in little pockets here and there,” Koya said, noting that outdated permissioning further restricted access to data.

“What we have done is extract that information from source systems, and made it available throughout the organisation.

“Most of our planning department, they have that visibility and the dashboard in front of them, when is an application coming and how long it's been sitting there, what state it's in.”

Teams was also rolled out to the council’s 400 staff spread across the shire - an area almost the same size as the ACT.

It’s so far proved useful in streamlining communications in key areas like budgeting and decision making that are inherently complicated due to bureaucratic processes in local government and the geography of the region.

“There's a lot of to and fro between the finance team, business units, general managers,
then the executive board and councillors with some public consulting. And then finally a
budget gets approved.

“This process will take a lot of time. Historically we have been doing it through emails, paper.”

Deploying Teams also paved the way for seamless connections to external agencies the council worked with and ensured business continuity with a ‘work from anywhere’ approach gradually implemented over the last 18 months.

“With the coronavirus, what happened was that as soon as the emergency was declared we were mobile,” Koya said.

“We can look into that and how we can support the community, but that the same time we can continue supporting all the technologies that we have invested in so far.”

Around 70 percent of the workforce has been able to effectively transition to working from home, meaning library storytelling sessions and things like community support services for new parents and the elderly can be run remotely to reduce the impacts of isolation during the crisis.

Koya’s next plan is to work with Datacom to update Moorabool’s ERP over the next two years.

While a vendor hasn’t yet been chosen, he said one with open API features and native SharePoint and Office 365 is high on the list of demands to keep the council’s different services connected.

“No one service is the same as the next service. It's a lot of micro-businesses within the council which comes up as the one council.

“For a resident, when they interact with us, they don't care whether you're dealing with a
property rates, animal registration or parking infringement. They just see us as a council.
“We need to make sure we capture that and don't create those silos and have that single
source of information.”