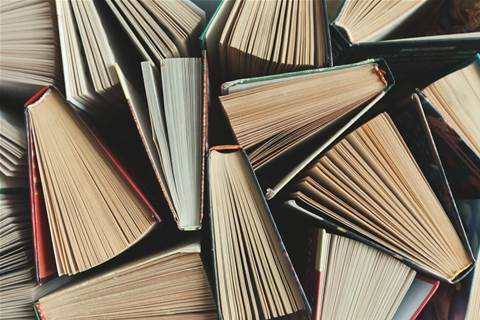 Also looks to recommendations and retargeting to address customer interest in online.

Australian online bookstore Booktopia will wrap up a three-year project by September that brings new automation technology into its distribution centre, allowing it to ship upwards of 60,000 units a day.

Deputy CEO and CTO Wayne Baskin told an Insider webinar that the e-tailer is “always on a path of increasing the efficiency of our systems and our tech in our distribution centre”.

Baskin joined the company back in 2008 as its first software engineer, and a lot of the systems he built, including the warehouse management system, remain in use.

However, what has taken up much of his time in recent years is the deployment of automation and associated technologies into Booktopia’s distribution centre.

“We're on a path on a new project to launch all new automation into our distribution centre, and that all goes live in August/September,” Baskin said.

“It's been going on for about three years now … and that will allow us to ship out up to 60,000 units a day out of our distribution centre.

Baskin noted the technology could have been put to good use during the COVID lockdown period, had it been ready.

“It would have been great to have had that to deal with the surge,” he said. “Then, we wouldn't have even felt it.”

For Baskin, the volume surge was “always … very bittersweet” because it was the result of pain in other parts of the book industry.

“We were looking at that going,'That's at the demise of other bookstores,” he said.

To avoid being overwhelmed itself, Booktopia pulled its usual advertising and serviced only the organic traffic to its website.

“Very early on, we looked at our numbers and we actually had to pull advertising, so we've gone for a long period of actually not needing Google ads to sustain what we needed for our distribution centre to be busy and full, and to make sure we could ship on time,” Baskin said.

The company also took on extra staff in customer service to deal with the influx of orders.

While he did not expect the volumes to last, particularly as bricks-and-mortar retailers re-opened, Baskin was confident that at least some of the online shopping habits that Australians developed during the period would stick.

“I think online retail spend is going to increase,” he said. “It has to. People are definitely going to change their behaviour.”

For its part, Booktopia will make greater use of personalisation, recommendations and anonymous retargeting through its site.

“At the moment it's mainly on our product pages but we're in a project now to roll it out across our landing pages and homepages - all throughout the site, because we've seen a big uplift in customer conversion rates and also the spend per customer on those pages.”

The e-tailer also introduced push notifications to the site, and had so far found the strategy successful.

“We first thought, ‘Do we do a soft, "Hey can we can we send you push notifications?" and then if they said yes we would then give the hard one, which was the actual browser saying 'Do you want to allow or block?'

“But we found that didn't work as well for us as just having the hard allow or block.

“We're [now] accumulating a significant number of people who are saying, ‘Yes, I want to be notified by Booktopia’, but we're very early on in that journey.”

Baskin said Booktopia could send push notification prompts around specific events, such as Mother’s Day, or on items added to a shopping cart.

“If it has been one day or two days, we send a push notification. Or perhaps you looked at this three days ago and the price has since dropped or it wasn't in stock but now it is.”

“What I like about the push is all it takes is someone to say, ‘Yes, send me notifications’, and then you can start notifying them.

“You may never know who they are, you may never know anything about them, but ... I think in this COVID world where we're getting all these new people browsing our site, this is what's going to allow us to take advantage of all of these new customers in the future, because many of them, I'm sure, are going to say, 'No don't send me emails'.”

“We're seeing some great engagement where people are clicking on it and going, 'Yes, I forgot to buy that' and coming back.

“Much better [conversion rates] than [with] our shopping cart abandonment email.”