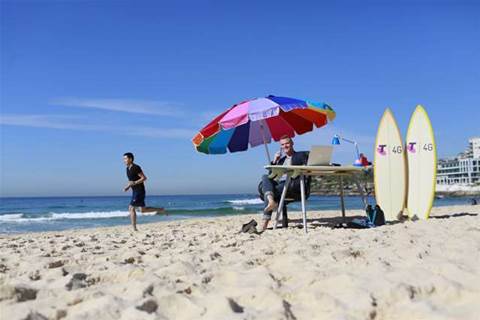 Sydney's Waverley Council has switched on a free wifi network for visitors to Bondi Beach.

The council first unveiled plans to offer the service to beachgoers in October. The network is being run on a trial basis for two years, and went live on Monday.

The service is currently being funded by reseller Universal Network Technologies, at an initial implementation cost of between $35,000 and $50,000, and a further $25,000 a year for maintenance.

Managing director of the service provider, Henry Go, is a local resident of Bondi and a lifesaver at the beach. He said he was happy to provide the community service at his own initial financial cost.

The firm is currently in discussions with a handful of interested parties to sponsor and fund the initiative, and hoped to sign a contract by early December.

Go declined to provide names but said telcos were in the mix.

Universal Network Technologies is a provider of hotspots and private networking up and down the east coast, with about 70 sites currently in operation. It is the preferred supplier to Best Western and Choice hotels and has been in business for ten years, with three staff currently on board.

The Bondi initiative is its first large-scale free network deployment.

“It started at the surf club when the guys there asked if I could provide a free wireless system for the club,” Go said.

“I told them all my systems are paid for, that’s our business model, so initially I didn’t think that would work too well. But I thought about it and thought if I was able to get some sponsorship it would be worth looking at.”

Go said he had been very impressed with the system’s switch-on on Monday.

“We tuned it the night before and I’m very impressed with the bandwidth we are getting, the download speed and the coverage, which is almost to the waterline, and all over the park area.”