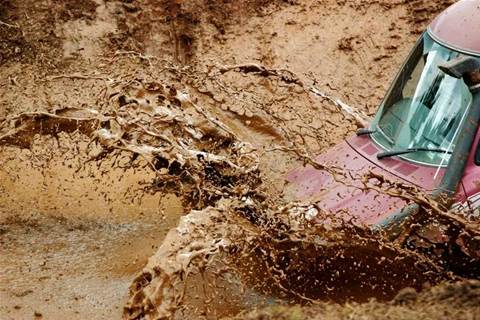 Internet services in the Northern Territory are expected to be restored on Tuesday afternoon after a 19-hour outage caused by a bogged 4WD severing a transmission cable.

A spokesperson for Vocus – which owns the Nextgen transmission cable – confirmed to iTnews that the cable had been cut yesterday.

"Vocus became aware of the cable damage within moments and worked through the night to try to restore services," the spokesperson said.

Customers from ISPs including iiNet, TPG, Internode, and Optus began reporting issues at about 5.00pm yesterday.

iTnews understands a 4WD became bogged in a remote part of the territory, between 25km and 50km south of Katherine.

ABC reported the 4WD was a “maintenance truck” but this could not be independently verified at the time of publication.

An attempt to free the bogged 4WD using another vehicle caused the transmission cable to be severed.

It is understood the 4WD remains bogged over the original cable, and engineers will use an interim above-ground cable to get services restored.

"Unfortunately, restoration overnight was not possible as the vehicle which had damaged the cable could not be removed due to conditions at the site," the Vocus spokesperson confirmed.

"We proceeded with an alternate plan for restoration this morning and expect this to be complete in the early afternoon."

Update, 3.04pm: A Vocus spokesperson said that 80 percent of capacity had been restored to the route by 2.00pm NT time.