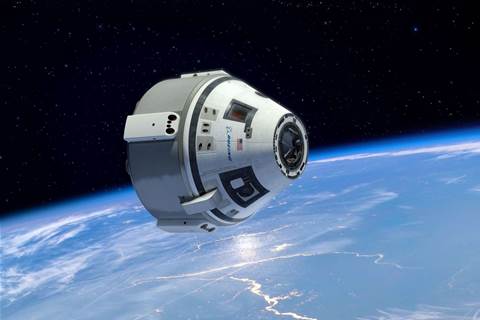 Boeing expects to clinch a deal this year to build a high-throughput communications satellite for top technology companies such as Google, Amazon, Facebook or Apple.

Jim Simpson, vice president of business development and chief strategist for Boeing Network and Space Systems, said the big technology firms were keen to expand internet access around the world to help them grow.

"The real key to being able to do these type of things is ultra high-throughput capabilities, where we’re looking at providing gigabytes, terabytes, petabytes of capability," Simpson said after a panel at the Satellite 2015 conference.

He declined to give specific details about discussions with the tech companies.

Simpson said the challenge was to drive down the cost of satellite communications to be more in line with terrestrial costs, which would help the tech firms justify the expense of building a larger communications satellite.

But if sufficient demand failed to materialise, the tech companies would be left with the cost of "a really high performance satellite," he said.

Boeing and other satellite makers have been eyeing a new source of demand from technology firms such as Google and Amazon, given their interest in reaching the estimated 70 percent of the globe that still lacks access to the internet.

Privately held Space Exploration Technologies, or SpaceX, has said it plans to build a system of 4000 satellites in low Earth orbit (LEO) for global internet connectivity. In January, it received US$1 billion in investments from Google and mutual-fund giant Fidelity Investments.

Simpson declined to say whether that meant Google could still be a possible customer for a higher-end Boeing system in geosynchronous Earth orbit (GEO).

Mark Spiwak, president of Boeing Satellite Systems International, said he expected demand for GEO satellites to remain steady at about two dozen a year, but he said those satellites would need to have greater processing power and larger bandwidth, given rising demand for global connectivity.

He said GEO satellites were larger and more expensive, but they would save the cost of more frequent maintenance and launch costs for a large network of low-earth orbit satellites.

At the same time, he said Boeing was also prepared to build LEO satellites, depending on customer preference.