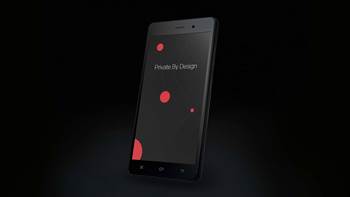 Crypto phone maker Silent Circle is gunning for the enterprise market with a slew of products seeking to capitalise on organisations' concerns around increased government surveillance.

Blackphone 2 is expected to ship in July this year for US$650 (A$834). A new Blackphone+ tablet is scheduled to go on sale later in the second half of 2015, Silent Circle chief executive Bill Conner said at MWC.

Both will run the Android-based PrivatOS 1.1 operating system, which provides device partitioning into work (capable of remote management by enterprise administrators) and personal areas, in a similar fashion to offerings by Samsung, Blackberry and Google.

The company is offering a suite of applications including its Silent Phone app, which allows encrypted voice and video calls; a text application that offers the option of automatic burn functionality; and an address book able to automatically encrypt contact details.

The platform also includes the Silent Meeting conferencing application which offers users encrypted communication with those not on Silent Phones.

Despite its emphasis on security, a major vulnerability was discovered on Blackphone devices in January this year.

Security vendor Azimuth Security consultant Mark Dowd discovered a flaw in the Silent Circle Instant Messaging Protocol library that could be used to take full control over the device, allowing attackers to run arbitrary code and access all data stored on them.

The flaw has since been patched.