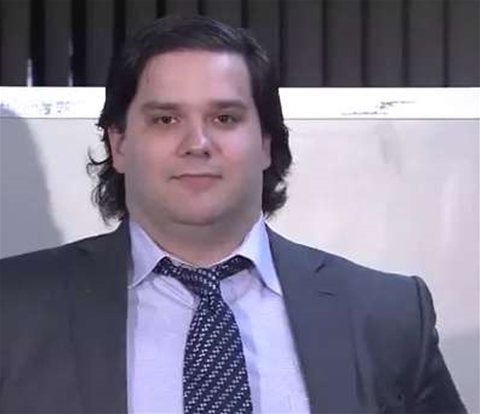 Revelations that up to seven per cent of the entire Bitcoin supply has gone missing at the MtGox exchange have failed to dent market confidence in the crypto currency so far.

MtGox declared bankruptcy on Friday last week, saying it had lost somewhere in the region of 750,000 of the Bitcoins it held for customers and 100,000 of its own.

At current exchange rates, the estimated loss at MtGox from the Bitcoin theft is around A$538 million.

Who stole the bitcoins is not known at this stage, but the heist has not impacted the currency's value greatly. While it dipped considerably inititally after MtGox's problems came to fore, the Bitcoin to US dollar exchange has since then recovered.

On the Winklevoss Winkdex index of Bitcoin value against the US dollar across five exchanges, one unit of the crypto currency bought US$557.44 as of writing, with LocalBitcoins trading for US$1007.78. 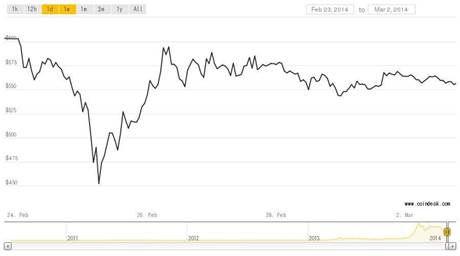 CoinDesk's Bitcoin Price Index (BPI) showed a similar pattern, with a stable rate over the past few days despite the demise of Mt Gox.

Announcing the bankruptcy in Tokyo, Mt Gox chief executive Mark Karpeles apologised for the loss of Bitcoins but said it was down to problems at his exchange and not an issue with the currency itself.

"The Bitcoin industry is very healthy and it is growing. It will continue and reducing the impact is the most important point," Karpeles said.

Mt Gox owes some A$72 million and has just A$42.5 million in assets. It is being sued by a US investor and also pursued by New Zealand liquidator PKF, who is trying to recover Bitcoins lost from accounts held by Melbourne based Zhou Tong, to the tune of A$1.5 million.

Bitcoinica was itself hacked and had its entire 18,547 Bitcoin store taken in May 2012. At the time, the Bitcoin to the US dollar exchange rate was below US$5.