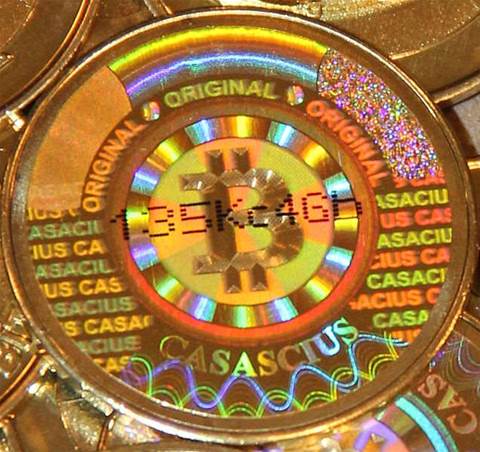 The digital cryptographic currency Bitcoin is increasingly being used for buying goods and services around the world, according to a large payments processor.

Over 3600 transactions have been completed in the first 25 days of March this year with a value of over US$2 million (A$1.91 million), Bitcoin payments processor BitPay reported.

The transactions processed represent Bitcoins being used to pay for goods and services, BitPay said, with some vendors switching to the virtual currency in order to save on fees charged by credit card processors.

Bitcoin, which operates through a peer-to-peer network instead of a central authority, has come under intense scrutiny lately as the financial crisis in Europe drives people to invest in the virtual currency which is deflationary by design.

As a result, the value of Bitcoin is rising sharply presently. This has led some observers to say there is a Bitcoin bubble underway, as the currency isn't being used a great deal for real-life transactions.

Even so, a man in Canada is attempting to sell his house in Alberta, stating that he prefers Bitcoin over fiat money.

"If you had C$405k I wouldn't turn you down but if a partial or whole transaction is done using Bitcoins the price can be reduced depending on how many Bitcoins you have to trade," Taylor Moore writes in his house sale advertisement.

Last week, the digital currency gained limited official recognition by the United States government, as the Department of Treasury's Financial Crimes Enforcement Network unit declared that Bitcoin should be regulated and treated like physical money if used as convertible exchange for certain activities even though it isn't legal tender in any jurisdiction as of yet.

In December last year, the French Bitcoin-central exchange gained limited recognition as a bank, with deposits being covered by the country's banking guarantee.