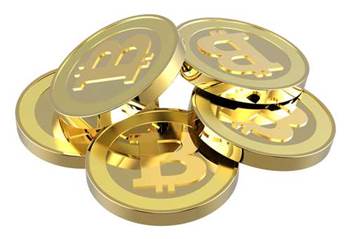 Digital cryptographic currency Bitcoin has had several exchanges hit after being targeted by criminals, including Bitcash.cz in the Czech Republic which has closed after being compromised.

The Czech site put up a notice saying it was "attacked by hackers" on the evening of November 11 central European time, with server security compromised and Bitcoin wallets stolen.

They did not say how much was stolen from Bitcash.cz or who the suspected thieves were.

Up to 4000 wallets were reportedly stolen from Bitcash in what appears to be a social engineering scam that asked users via email to use a United States based recovery company to retrieve stolen Bitcoins.

Meanwhile, a Hong Kong-based Bitcoin trading exchange is reported to have shut up shop, with the operators making off with HK$31.8 million (A$4.5 million) of users' money.

The operators started up in June and targeted mainland Chinese Bitcoin traders, according to The Standard. Despite several signs the firm was a scam operation and users raising the alarm, the operators managed to attract over 1000 customers who have now lost millions.

Last week, Australian Bitcoin website inputs.io was hacked and around 4100 units of the currency stolen from a user's virtual wallet.

The raid on the Australian Bitcoin site is said to be the one of the biggest in the history of the digital currency, but if reports of the losses are correct, the recent Chinese fraud is larger.

Bitcoin is currently trading at US$376 and A$397 at the Mt Gox exchange.