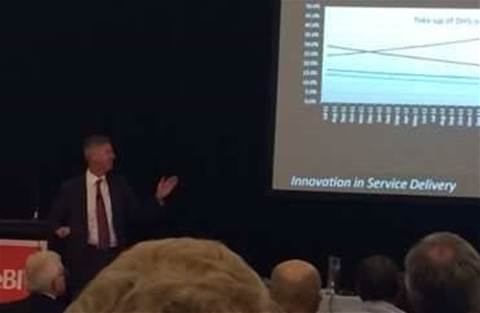 DHS CIO takes one layer at a time.

Department of Human Services CIO Gary Sterrenberg has opted for an incremental approach to the mammoth task of replacing the agency’s 30 year-old ISIS payments platform.

He likened the approach to peeling an onion, with his team already studying how to remove the outermost layers.

“Our strategy up until now has been to separate the top and the tail. We have a common servicing platform which is based on SAP across all of our programs," he told iTnews.

"And we have a payments system, which is based on SAP at the bottom. In the middle what you really have is rules and cross paths - that is what makes up an assessment system."

But the breakdown of elements into "chunks" has to make sense, both from a technological perspective and also in terms of the government's priorities, he said.

“We are also focusing on getting the sequence right. You need to have one platform in place before you can achieve subsequent outcomes. It is not going to be random.”

The issue of replacing ISIS and the ageing mainframe supporting it has risen to the attention of government’s most influential players in recent weeks after years of discussion.

Treasurer Joe Hockey described the process as an expensive necessity last month, pre-empting the findings of the Commission of Audit which also endorsed the replacement.

“ISIS is a huge system. There is no other way to describe it. We are talking about 15 million lines of code,” Sterrenberg told iTnews..

“Capability like this is something you build once in a lifetime. How we go about it will determine our success into the future,"

But the DHS will have to halt any action while the Government mulls over the findings of the Commission of Audit and decides how to act on its recommendations, one of which suggested outsourcing as an option for getting the Commonwealth out of the ISIS conundrum.

In with the new

Speaking at yesterday’s CeBIT eGovernment conference, Sterrenberg also unveiled his latest project, which aims to minimise the need for customers to physically front up to a DHS centre.

He expressed his frustration that many transactions can’t currently be completed from start to finish online.

“The legislation and the servicing paradigm we have in place does not allow somebody to stay in one channel," he said.

“In any interaction you have with government you may have to provide paper, you might have to conduct a face-to-face proof of identity or present a job-seeker diary. It forces people to start in one channel and end in another channel."

The latest addition to the department’s series of apps would allow users to request a video call with a qualified assessor or service delivery specialist.

The tool not only places the customer face to face with the operator, but can also be used to exchange and verify documents – bypassing the Centrelink photocopier – and to enter into service agreements online.

Sterrenberg said the department was waiting for the Government's sign-off to flick the capability live.