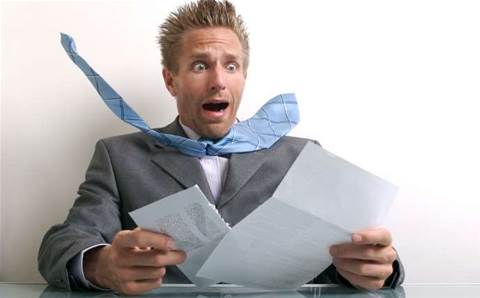 The number of consumers suffering bill shock has fallen by 22 percent over the last two years, according to new figures released by Australia's communications regulator.

The findings were published in a report titled Reconnecting the Customer [pdf], and draw on a survey commissioned by ACMA and conducted by Newspoll in February.

In the survey, 1735 adults, including 1021 post-paid bill payers, were asked about their recent experience of unexpectedly high telecommunications bills.

The report found the proportion of post-paid customers suffering bill shock had fallen from 33 percent in 2013 to 27 percent in 2015.

There was also a significant drop in the proportion of customers who had received a bill more than double their regular amount, from 53 percent to 38 percent.

However, almost half (47 percent) of those who had experienced an unexpected high bill in the last 12 months claimed not to have received a warning that they had used 100 percent of their quota.

A spokesperson for telco industry body the Australian Mobile Telecommunications Association told iTnews the decline in bill shock complaints was a result of industry cooperation with the revised telecommunications consumer protection (TCP) code.

The code came into force three years ago and requires telcos to provide tools to help consumers to monitor their usage and expenditure, including through measures such as notifications over set data usage limits.

In its original draft of the TCP, ACMA had proposed telcos would notify users 50 percent, 85 percent and 100 percent of reaching their data usage limits in real-time.

However, following industry concerns about implementation, it was decided users would receive notifications within 48 hours of reaching those tiers.

A spokesperson from consumer lobby group ACCAN noted that Telstra is currently the only mobile operator to have introduced real-time usage alerts.

“ACCAN is calling on all telcos to implement real-time usage alerts so consumers know when they are approaching their limit and as soon as they have reached a limit. This would allow them to more easily manage their usage and avoid expensive excess charges,” the spokesperson said