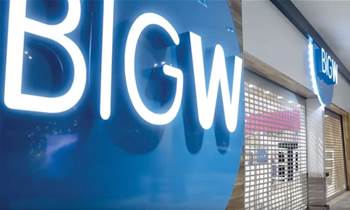 Big W has started retaking control of the IT systems powering its online presence after parent company Woolworths relieved it of using “group-led” digital functions in a recent restructure.

The variety retailer, which has 186 stores Australia-wide, is bolstering its internal IT team with a digital technology manager, who will take charge of Big W’s “online technology platform from end-to-end”.

“Big W are about to undertake a dramatic transformation in the online space, bringing key digital services back in-house,” the firm said.

“[The digital technology manager will be] a product owner across all Big W’s digital space, taking end-to-end accountability for a suite of applications.”

A Big W spokesperson told iTnews Big W would “run its own website and fulfilment” under the operational restructure.

“This was previously undertaken by EziBuy and Marketplace (a multi-platform online retail concept owned by Woolworths),” the spokesperson said.

Big W would now focus on relaunching and growing its online store and website, the spokesperson said.

A year later, Big W’s online presence was relaunched to incorporate learnings from EziBuy. EziBuy also took over the processing and delivery of online orders placed on Big W’s website, including the handling of payments.

Big W also allowed verified third parties to sell products via its website under Woolworths’ Marketplace program. Each Marketplace seller was responsible for fulfilling the orders they received.

However, on the back of a much-publicised review of Woolworths’ operating model by new CEO Brad Banducci, Big W has been given permission to retake control of its administrative functions.

Woolworths expects to incur costs of around $43 million as it “realigns previously group-led functions across sourcing, online, quality, procurement, logistics and other functions, and integrates these into Big W”.

IT costs alone are likely to run into the millions.

Woolworths said it has now “fully separated” EziBuy and Big W, noting that “expected synergies between the two businesses have not [been] realised, and, in many cases, have resulted in dis-synergies for both businesses”. It is exploring the sale of EziBuy.