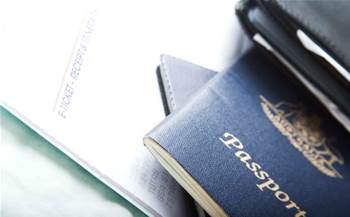 The federal government is working to implement new laws that would allow travellers to move across Australia’s borders without needing to present a passport.

Proposed legislation quietly slipped into the lower house on Wednesday would introduce a "contactless" option for border identity processing that matches a scan of a person's face with a stored facial image.

However, tacked on to the bill was a series of proposed changes to border crossing laws that includes a plan to exclude passports from traveller processing in favour of image matching.

The legislation effectively extends the use of Immigration’s current SmartGate system to a larger number of travellers - at the moment only those with ePassports can use arrivals SmartGates. Departures SmartGates, however, are open to all passport holders following a 2015 deal with VisionBox.

Under the proposed legislation, all travellers would be able to use a new SmartGate facial recognition capability without a passport.

At the moment, SmartGates take a photo of a traveller, scan the person's passport and compare the two facial images to verify the individual's identity.

The government wants to deploy facial recognition technology across all SmartGates that would match a live facial image taken at the gate against an image of the individual stored within the Australian Passport Office's database, or against one that had previously been taken by a SmartGate and verified against the individual's passport.

The option will be voluntary, the government said, and travellers can choose to be processed manually by a clearance officer.

Travellers will still be required to carry their passport in case they are flagged for manual processing, the draft laws state.

The government is planning to roll out SmartGates embedded with "contactless technology" to major airports from May 2017.

Immigration Minister Peter Dutton said the capability would help deal with a forecasted 25 percent increase in travellers passing through Australia's border in the coming years.

His department has previously signalled a need to be processing 90 percent of travellers electronically by 2020.