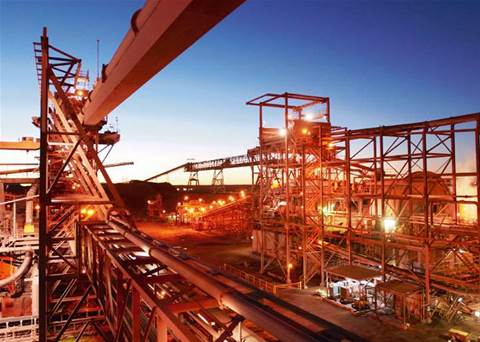 Expansion project to be studied further.

BHP Billiton will explore "new technologies" in a bid to come up with a less capital-intensive design for its planned Olympic Dam open-pit expansion in South Australia.

The mine giant today confirmed weeks of speculation by revealing it would not be ready to approve the massive expansion project this year.

"As we finalised all the details of the project in the context of current market conditions, our strategy and capital management priorities, it became clear that the right decision for the company and its shareholders was to continue studies to develop a less capital intensive option," BHP Billiton CEO Marius Kloppers said.

"We want to find the right solution to unlock this resource".

It was unclear whether this included the construction of new accommodation near the site, which was to have received a fibre optic telecommunications network.

Mackenzie said that technological alternatives had "the potential to substantially improve the economics of the [proposed] expansion".

Kloppers said he did not want "to be precise" when describing all the possible enabling technologies that could be put into action at Olympic Dam.

The continuation of site studies means that BHP Billiton could be forced to let lapse a negotiated extension to an indenture agreement (pdf) with the South Australian Government.

The indenture - which is ratified by State Parliament and gives BHP legal certainty to make long-term investments at the site - had sought for approval of the Olympic Dam expansion by December 15.

"We're not yet certain what this means for the indenture," Kloppers said.

The State Government has previously said it could entertain ignoring the December deadline clause.

Mackenzie praised the State Government for creating "an environment that is highly conducive to business investment".

"We have been very much encouraged by their attitude to business development and the Olympic Dam expansion project," he said.

Kloppers told analysts that no major projects are expected to be approved in FY13.

"I would be very surprised if there's a very material investment that can be approved in the next 12 months," he said.

"The statement was meant to be very clear. It wasn't meant to keep the door open [to investments]."

BHP Billiton has 20 major projects still in various stages of execution. However, the firm characterised these as "largely low risk expansions of existing operations that will deliver first production before end FY15."