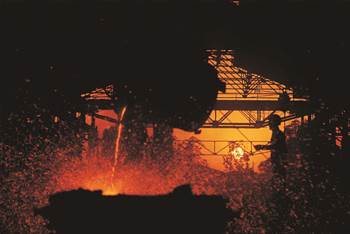 BHP Billiton’s Iron Ore division has revealed it has been funding tens of millions of dollars in extensions to public fibre and wireless networks in the remote mining regions of Western Australia.

The firm’s chief information officer Brad Wearn told delegates of the Realising our Broadband Future forum today that BHP was spending the money with Telstra to extend those 'public' network assets.

“If you want to be able to leverage IP networks then you have to fund that yourself,” he said of mining operators in the remote Pilbara region of Western Australia.

“The cost is prohibitive [for smaller operators].”

Wearn said Iron Ore’s telecommunications roadmap over the next three years was to put “public fibre in all our mine [sites] and camps” and equip them with 3G coverage as well.

He said 3G coverage would also be extended to cover all the public and private roads used by Iron Ore staffers in the Pilbara, as well as the entire length of the company’s rail corridor.

“In the Pilbara our [land] leases are extensive so that’s a significant piece of work,” Wearn said.

Wearn believed the public network extensions would assist the mine with safety and monitoring, and also help the mine attract new staff, including graduates, because it allowed them to communicate with people as they would in more connected areas of Australia.

He said Iron Ore was five years into the implementation of an eight year communications strategy.

“What we’re currently working on now is removing single points of failure from our [broadband] network,” Wearn said.

He also revealed Iron Ore was laying its own private fibre link along a dual-track rail corridor between Port Hedland and Newman.

Wearn said Iron Ore was negotiating with its carrier for a reciprocal sharing agreement on the new link.

“We’re talking to our carrier about sharing that link with them,” he said.

He hoped any agreement would allow Iron Ore to revert to the carrier’s public fibre link if the private link went down, and vice versa - if the carrier’s link experienced problems, they could divert traffic onto the Iron Ore's private link.