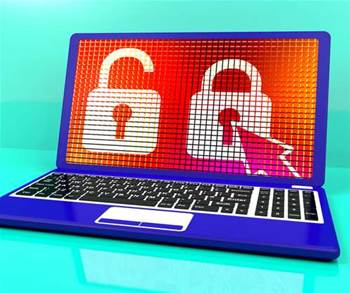 Microsoft's Threat Protection Intelligence Team is warning that ransomware criminals continue to attack healtchare and critical service providers during the pandemic crisis, and has issued detailed guidance on how to reduce the risk of falling victim to them.

The ransomware attacks are not done in an automated fashion, Microsoft said.

Instead, they are conducted by criminal gangs that work by compromising internet-facing network devices in order to establish a presence on vulnerable systems months before they strike and steal and encrypt victims' data.

Attackers have a range of vectors with which they can enter victims' networks and move laterally within these to capture credentials and prepare for the final ransomware activation, Microsoft noted.

Older, unsupported and unpatched operating systems such as Microsoft Windows Server 2003 with weak passwords and 2008, misconfigured web servers including Internet Information Services, back up servers, electronic health record software and systems management servers are all being attacked currently.

Vulnerable Citrix Application Delivery Controller and Pulse Secure are also in ransomware criminals' sights and should be patched as soon as possible.

Once ransomware criminals have gained access to vulnerable, internet-facing devices and endpoints, they attempt to steal admin login credentials and move laterally within networks with common tools such as Mimikatz and Cobalt Strike, Microsoft said.

They can also hide on networks, for reconnaissance and data exfiltration.

These include RobbinHood, REvil/Sodinokibi, the Java-based PonyFinal and Maze, the operators of which were one of the first to sell stolen data from technology providers and public services it has attacked, Microsoft said.

Apart from actively patching systems, Microsoft said to watch out for malicious behaviours such as tampering with security events logs and other techniques used to evade detection, suspicious access to Local Security Authority Subsystem Service (LSASS), and Windows Registry database modifications which could indicate that credentials theft is taking place.

Investigating the Windows Event Log during the earliest part of a suspected breach, looking for event ID 4624 and logon type 2 or 10 could indicate post-compromise access, Microsoft said.

Ransomware criminals show no compunction as to the impact their attacks have on health care providers, Microsoft warned.

They have also recently caused extensive damage to organisations such as forex giant Travelex which had to shut down its systems over the New Year, and global logistics company Toll Group.