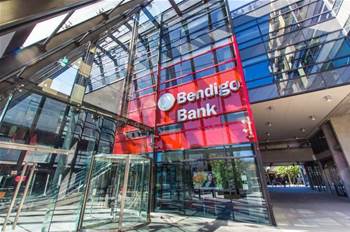 Bendigo Bank’s e-banking customers may find it tricky to keep an eye on spending on tonight’s pre-Christmas Thursday night shopping due to an outage affecting the platform.

Customers started flagging the issue on social media just before 4pm on Thursday.

The bank confirmed the outage on social media and in a statement to iTnews at 5pm, characterising the outage as “intermittent issues with our e-banking service”.

“Our IT team are working to resolve the issue as a priority.”

While the bank has confirmed all other services including ATMs and EFTPOS are operating as normal, the issue could still be problematic for customers looking to transfer funds between accounts on a key retail night (or office function night) in the lead up to Christmas.

Thursday is also the traditional pay day for Human Services payments like pensions to be sent through.

It’s awkward timing for Bendigo given the Reserve Bank of Australia revealed earlier this week that it’s going to start cracking down on malfunctioning banks within the next six months, forcing them to publish consistent outage data - sans weasel words and cherry-picked statistics - in a bid to name and shame.

The RBA is currently attempting to draft a disclosure regime to “provide data that’s most meaningful to people,” said Reserve Bank Governor, Dr Philip Lowe, which could provide possible avenue for compensation claims once the retail banks’ obfuscation efforts have been removed.

Bendigo Bank apologised for the inconvenience of the outage, saying it should be “up and running again shortly”.