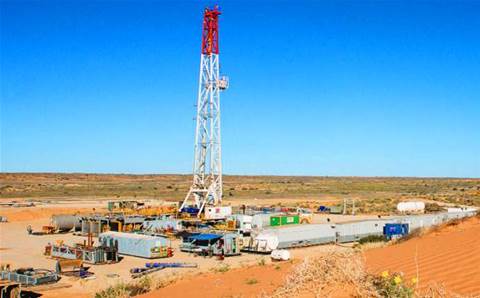 On the path to eliminating UHF radios.

Australia’s largest onshore oil producer Beach Energy is rolling out a private 4G/LTE network in a bid to improve communications across its Cooper Basin gas fields.

The Adelaide-based energy exploration and production company’s core operations are spread across 56,000 square kilometres in the Cooper and Eromanga Basins in the northeast of South Australia and southwest Queensland.

The LTE network will be privately owned and operated by Beach Energy, which holds 2100 MHz spectrum licences in the area.

Beach Energy general manager of IT, Simon McMahon, told iTnews the under-construction network will improve communications across the western flank of the Cooper Basin.

“We have one main 60-metre base station tower which also co-locates the core network equipment, mostly to cover the main areas of travel, and then a network of smaller cells which we add to and move over time as operational requirements change.”

“That means better voice traffic, but it also means high-speed data that allows us to remotely join video conferencing calls and use applications that are published from our head office in Adelaide. That allows us to work more efficiently,” McMahon said.

Why build you own?

According to McMahon, there are a number of advantages that come from building your own network, instead of partnering with a telco, in remote areas beyond regular coverage.

One of them, he said, is cost. Beach Energy calculated that it will be cheaper in the long run to go it alone.

"On the safety side, we wanted to be able to control the units on the network to prevent people from carrying mobiles into areas where it is intrinsically unsafe to do so,” McMahon said.

“We can also apply extra quality of service if we need it. So this gives us more control over the network."

An upgrade from UHF

The company had previously relied on UHF (ultra-high frequency) radios and repeaters to communicate across the remote site.

“We have previously been using UHF radios and repeaters for communications, and we still do, although we hope in the future that we’ll eventually be able to phase out the radio network,” McMahon said.

“We needed to upgrade the [UHF] radio network to be able to have more voice channels, and also more private conversations. This LTE network gives us those capabilities, as well as the ability to use data over the network.”

McMahon said the LTE network uses the 2100 MHz spectrum band, and any standard smartphone or tablet should be able to work on it as long it is has a Beach Energy-issued SIM-card.

“We own a licence to use a portion of the 2100 MHz band in the area, so we’re not using a traditional operator [such as Telstra, Optus or Vodafone],” McMahon said.

“We have quite a lot of backhaul fibre in place already, because we’ve been rolling out fibre for a number of years, and we’re leveraging that past investment.

“In the future, as a general rule, we’ll continue to roll out fibre with new pipelines we lay.”

Beach Energy spent nine months investigating the proposal before making any decisions, and then a further two months deploying the main core network.

“That’s quite a short turnaround, but we did a lot of the work before we picked the vendors. We’re still testing the network and using it at the same time,” McMahon said.

“We are able to get a lot of data about the network from the [LTE] modems we use, and query the model, to build a heat map of our coverage. We can then get a very detailed idea of where the coverage is, and where we need to infill using smaller cells.”

“There were a lot of unique challenges with this project, because there’s nothing similar close by that we could look at, and it’s not the kind of system you could buy off-the-shelf.”

A major consideration was finding a local integration partner for the design of the network, with Beach eventually working with Melbourne-based Challenge Networks.

“When we were looking for a partner to build the network, our preference was for a company that is based in Australia, had sound qualifications in the field of LTE and had a knowledge of working in harsh environments.

“And then for an equipment vendor, we were looking for someone with a good name in the telecoms industry," said McMahon.

“Nokia’s equipment allowed us to have different power outputs on different cells, or deploy small or large cells as we need them.

“The small cells will be used more in areas where we need, for example, high speed data at a drill rig that’s a relatively small site and might be 10 kms or 20 kms from the main transport corridors we use.

“Cisco offered a scalable, virtualised core integrated into a technology platform that we already understood.”