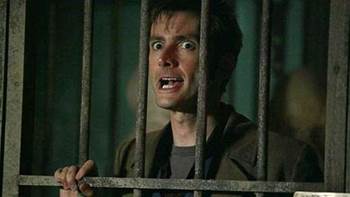 Australian fans of Dr Who and other BBC properties may soon have cause to rejoice.

The international online division of the BBC, the British taxpayer-funded media company, is investigating how to bring such content to the screens of millions of viewers through its innovative iPlayer video system.

Paradoxically, even though development of the next-generation iPlayer is in the hands of Anthony Rose, former chief technology officer of filesharing pioneer Kazaa/Altnet and Sega Australia New Developments, Australians are locked out of legal ways to access much of their favourite British news and entertainment.

The issue is not one of technology, says BBC.com's managing director Kym Niblock; it's about who has the legal rights to distribute that content.

"Early on there were aspirations of opening it to the world but because of the (intellectual property) rights constraints that's not possible," said Niblock, who speaks at the ad:tech digital media conference that starts on Tuesday in Sydney. "A lot of (intellectual) property on iPlayer is used on other divisions under the BBC brand."

Niblock said the broadcaster wants to provide longer forms of content online and to smooth the interface with users so that they're not presented with the option of content they can't subsequently watch.

"I do think you'll see a player at some point on the BBC.com site that isn't only limited to news clips.

"BBC.com had to work from a bunch of legacy solutions not designed to run ads or integrate content and ad propositions as a more rounded solution or look outside the UK. If you can repurpose that content or re-curate it that makes it more valid, more personal, more relevant then surely you have a (great) product."

She said another possibility was to offer different versions of content depending on the geography: "We talk to the public service a lot and our users of BBC.com are very vocal and we talk all the time about what's the appropriate strategy for Dr Who?"

Niblock, a self-described "addict" to the business networking website LinkedIn, sees a great future for social media -- from the immediacy of Twitterati following the January 15 crash of US Airways Flight 1549 on the Hudson River to the "Facebook Connect" link-up for Barack Obama's inauguration.

She overcame her scepticism of Facebook's plan to cover the inauguration by installing a 15-foot projector screen so she could follow her friends online during the event that was simulcast with CNN.

She was in good company.

"The overall concept of providing people to talk about their lives and share whatever they experience that's been the case since the dawn of time," Niblock said. "Increasingly, we'll start to see these kinds of things for the Superbowl or AFL Grand Final; sharing an event online with friends, family and strangers is a unique thing."