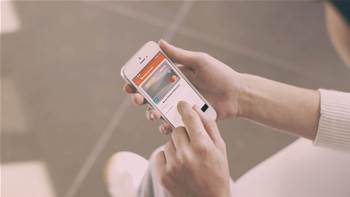 As banks brace for Marriott fallout.

Australian retail banks are accelerating their push towards deploying virtualised payment cards to replace vulnerable legacy plastic, as the pace and scale of breaches intensifies sharply.

Commonwealth Bank subsidiary Bankwest revealed on Monday it has gone live with a ‘digital card’ feature that can activate a credit card in a digital wallet via the Bankwest Mobile app within 24 hours rather than having to wait for embossed plastic to arrive via snail mail.

It’s a small but significant move because it signals the transition by banks to a truly digital-first payments footing as major card schemes American Express, Mastercard and Visa all heavily push tokenisation efforts that remove the need and often ability of merchant to keep card numbers on file.

Banks and card schemes are expected to hit the afterburner on tokenisation and virtualisation efforts over coming weeks and months in the wake of the eye-watering Marriott data breach that the luxury hotel chain has cautioned could have exposed as many as 500 million guest details.

Marriott told shareholders over the weekend the incident that hit the Starwood guest reservation database, and dates back as far as 2014.

While Australian banks and card schemes here are yet to formally advise customers on a course of proposed action to mitigate the epic data loss, the incident will provide an urgent catalyst to bump merchants off card number hoarding and onto tokenised and virtualised systems hosted by either banks or schemes.

Australian institutions and schemes on their final notice to arrest ballooning online card fraud losses passed through to merchants from a frustrated Reserve Bank of Australia, with tokenisation  being pushed as a key mechanism to put a dent in dodgy card transactions.

The holy grail for card issuers to have as many merchants as possible upgraded to tokenised payments and then be able to roll card numbers far more frequently without recurring payments breaking – a altogether harder proposition.

Bankwest on Monday also said it was releasing a new “Secure Code Reset (SCR) feature” in its banking app that will allow customers to reset their access credentials “from a compatible mobile device”.

The institution reckons this will spare around 600 customers a day hitting its call centres or resorting to using a desktop computer to reset their credentials.

Bankwest is also trumpeting the deployment as proof incarnate of its “Cloud Native Platform” extracting record efficiencies for it by “driving cloud-based apps and capabilities” according to Bankwest’s executive general manager – customer solutions and insights, Pieter Vorster.

“Our new ways of working through our Blaze agile model made it possible to roll out Digital Cards within an hour at an event in front of a live audience – it previously took months,” Vorster said.