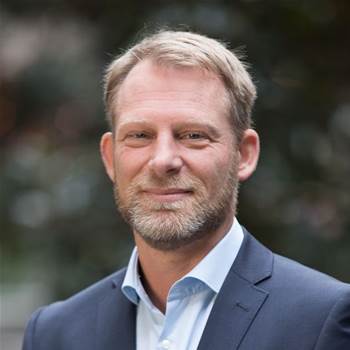 Kuret announced his move on LinkedIn. He started this week and reports to the member-owned bank's CEO Anthony De Fazio.

Speaking on Kuret’s appointment to the CIO role, De Fazio said that “technology is key in enabling us to deliver more straightforward and streamlined experiences”.

"Shane will play a critical role in bringing to this to life through BankVic’s digital transformation agenda,” De Fazio told iTnews.

Kuret will fill the spot left by Scott Wall, who moved to Bank Australia to take up the role of chief transformation officer.

During the search for Wall’s replacement, Adrian Theuma stepped in as acting CIO and will now take up the role of head of data and development at BankVic.

Kuret said “banking is in my blood” and that he “wholeheartedly” believes “in the ethos of member-based banking”.

“I'm passionate about the potential that technology and the tech team have to deliver valuable services to our members and their communities,” Kuret said.

Before joining BankVic, Kuret was the head of technology at superannuation fund Equipsuper for two-and-a-half years.

Equipsuper has since appointed Shane Collister as its interim head of technology while the search for a permanent replacement is underway.

Kuret was also the general manager for technology for over two-and-a-half years at MyLife MyFinance, and also spent over 15 years at ME Bank.