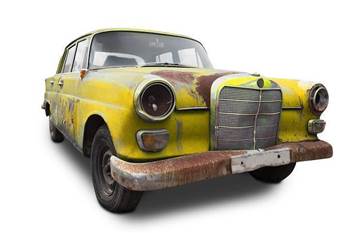 Legacy headaches in switch from pull to push transaction.

Australia’s big four banks and their nimble mid-tier competitors face the prospect of being stuck supporting billions of dollars in legacy infrastructure under a looming fork in the road between the existing direct debit system and new real-time payments under the New Payments Platform.

A paper from the Reserve Bank of Australia-supported platform released this month cautions that as consumers and merchants increasingly move towards real-time payments, institutions sticking with the direct debit system will likely have to support two sets of rails as consumers transition.

“Many real-time payments markets are starting to move away from traditional debit style ‘pull’ payments, towards a ‘push’ payment type, or credit transfer. This allows the customer greater control over the timing, the amount and the regularity of payment. Direct debit is still being used in countries where it is a common payment method, e.g. the UK, however the trend is for real-time payment rails to support RfP as a viable alternative,” the NPP paper observes.

The Reserve Bank has been gradually increasing pressure on banks to retire or renew legacy payments infrastructure and last month warned it was concerned over a big spike in payments outages that it has previously sheeted to underinvestment in replacing legacy systems.

Shoddy software also came in for a serve.

While the new real time payment services give merchants much faster access to cash from recurring bills and invoices, they will also allow consumers to authorise the release of funds for the payments before they go through, a factor certain to increase bill scrutiny.

Recurring receivables in Australia are big bikkies, with volumes easily in excess of $100 billion per month mark, with utilities, telcos, insurers and public transport all in the mix.

Merchants big and small have for decades helped themselves to a little extra margin through the questionable practice of ‘inertial billing’ that keeps bills and pull requests coming after an account or service has been stopped.

The issue occurs because under the direct debit system the bank account holder essentially gives permission to a merchant or biller to take out what they need, when they need it because the charge against the account is pre-authorised and left open.

Gyms and subscription service providers are generally regarded as the worst offenders, with consumers usually too time-poor to spend hours on hold chasing refunds of between $20 to $60.

But those sneaky transactions would likely be rejected by consumers under a shift to real-time because of notification via apps that allow them to be declined.

And when direct debits go wrong, they do so horribly as exemplified by the RACV receivables debacle that had acquirer NAB help empty peoples’ bank accounts and max their credit cards after a payment request accidently looped.

The NPP paper notes consumers might actually like the set-and-forget certainty of payments going through under direct debit and raises the option of what it calls an ‘e-mandate’, “where consumers can set up a direct debit and future payments no longer need to be managed.”

“If RfP is to take over direct debit as a payment method for regular payments, it will need to be considered how a mandate might be developed to allow a bank to ‘push’ payments to a supplier at regular intervals,” the NPP paper said.

“An e-mandate solution could be beneficial here, for example if RfP was used in a taxi-hailing scenario, once the customer is requested to pay, the customer could select for all future taxi bills be paid in this way, thus creating the necessary mandate.

“All other live RfP systems today operate on a continuous authorisation model, whereby customers must authorise every unique transaction. However, there are live Direct Debit systems that operate an e-mandate solution that may be able to be migrated to RfP.”

The NPP paper notes that ISO 20022 currently has messages in its repository for e-mandates that could potentially be used.