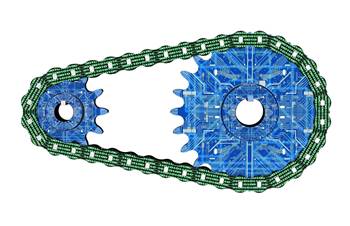 To stand up to physical events and cyber attacks.

RTGS is the platform that underpins interbank transfers, with a current stock of some £300 billion (A$522 billion).

The reserves are used to provide safe final settlement in central bank money for over half a trillion pounds of transactions between banks that use the seven most important sterling payments systems.

As the RTGS now approaches two decades of operation, the BoE is looking at adapting it to new business models and technology, making it more resilient and able to adapt to financial pressures.

A new RTGS must be able to interface with a range of new technologies that the private sector uses, including blockchain, the BoE said.

"Although originally designed to obviate the need for banks, there are a number of features of distributed ledger technology that make it a potentially attractive platform for banking applications over the medium term," the BoE wrote in its consultation paper [pdf].

The key benefit of blockchain is the resilience that the distributed ledger would bring to the RTGS, the BoE said.

"The ability to distribute nodes physically that may run differing software implementations, combined with full data duplication across the network could potentially provide an RTGS system with strong defence against physical events and cyber-attacks".

However, the BoE pointed out that currently, blockchain technology is not sufficiently mature to provide "the exceptionally high levels of robustness required for RTGS settlement," and intends to pursue further research into distributed ledgers with academia and other central banks through the FinTech Accelerator programme.