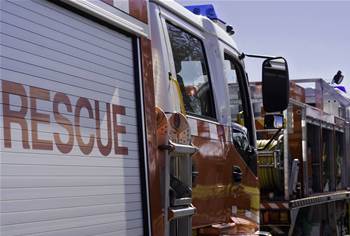 The contract, announced on Friday, will see the Sydney-based telco continue to operate and maintain the public safety network (PSN), which is in the midst of a mammoth overhaul.

The NSW Telco Authority, through the critical communication enhancement program (CCEP), has been working to enhance the PSN since funding was first set aside in the 2016 budget.

As part of this, 70-odd emergency service communications networks are being consolidated to eliminate inefficiencies that come from operating dozens of separate and overlapping networks.

The program will also expand the PSN’s coverage for the state’s police, emergency and essential services agencies from less than 35 percent of the state to 85 percent.

“It’s technology that saves lives and we are working to ensure that frontline responders have the critical infrastructure they need to protect communities,” she said.

“We look forward to working with BAI to operate and maintain one of the largest critical communications networks in the world.”

She added that the “network covers an area of around 325,000 square kilometres, handles an average of 1.47 million calls per month and maintains 99.95 reliability”.

A spokesperson for the Department of Customer Service said the contract was worth approximately $80 million over five years, and would be adaptive to future changes to network technology.

BAI has held the contract for the operation and maintenance of the NSW PSN since August 2013.

The new contract is based on a new service delivery model developed in partnership with NSW Police, NSW Ambulance, Fire and Rescue NSW, NSW Rural Fire Service and NSW SES.

“The new model focuses on building a scalable, shared network, able to adapt to new technology and meet our customers’ operational requirements now and in the future,” De Courteney said.

“NSW Telco Authority will manage the contract to ensure BAI delivers improved services as part of our continued growth and transformation to meet the needs of our customers.

“As we expand the PSN through the CCEP, we will work together to deliver world-class customer service to support emergency services organisations.”

“We look forward to supporting NSW Telco Authority through this changing and expanding landscape,” he said.

“Together we are delivering and developing services to benefit the community and state of NSW.”

Since initial funding was announced for the CCEP in 2016, the government has poured more than $600 million into the PSN upgrade, including $217 million in the most recent budget.

Improved interoperability and reach will be crucial during critical events like the catastrophic Black Summer bushfires earlier this year.

NSW’s independent inquiry into the fires recommended that the government “ensure all fire authority personnel and vehicles can access and utilise the PSN”.

“This should include access to NSW RFS private mobile radio networks where PSN coverage is not yet available,” the report said.