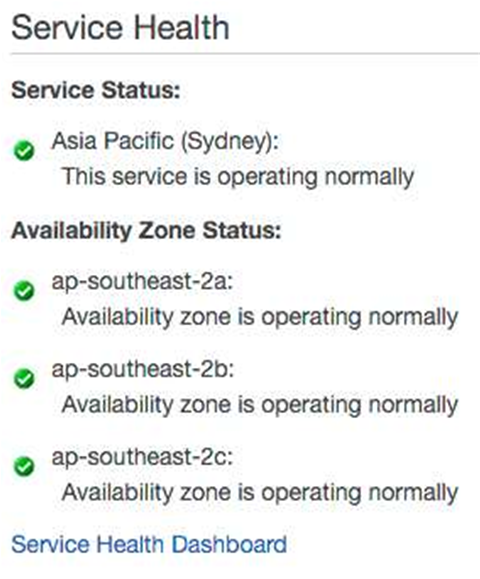 Could new data centres be live?

Amazon Web Services has flicked the switch on a new availability zone for its Australian customers, fuelling speculation the cloud provider is about to officially open its own data centres in Sydney.

It is widely understood the two existing Sydney availability zones correspond to space in Equinix's SYD3 facility as well as another, unnamed data centre partner in North Ryde. AWS is also understood to have limited space in Global Switch for the purpose of storing S3 data.

AWS partners and customers told iTnews they expected the arrival of the third Sydney availability zone indicated the opening of the two secret data centres the company started building in 2014 was imminent.

The company started construction on two new facilities in Eastern Creek, in Sydney's west, and Smeaton Grange near Camden in late 2014 to cater for its rapid growth in the region.

While availability zones are virtual and not necessarily tied to a single data centre, the facilities that provide a specific service for the particular zone need to be geographically separate.

AWS is also famous for building its own facilities rather than relying on partners.

"I'm sure AWS would prefer to build its own data centres, using everything they've learned about efficiency, cost optimisation, and clean energy, but they're famously tight-lipped about precise locations. Did you hear that? Was that a black helicopter? We've said too much," local AWS specialist Jeff Waugh told iTnews.

"Sydney is one of the fastest growing AWS regions, and a third availability zone is likely to spur even faster growth."

A third availability zone means AWS will be able to bring new services into Australia.

The company currently offers its overseas customers four high-profile services that require a third availability zone to operate, which for that reason have not yet been available to Australian customers.

It revealed late last week that one of these services - its relational database Aurora - was now available to customers in the Sydney region.

The MySQL-compatible relational database management system combines the "speed and availability of high-end commercial databases with the simplicity and cost-effectiveness of open source databases", according to AWS.