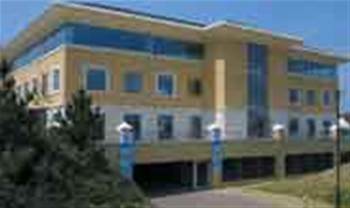 Avaya has announced that it is moving away from proprietary software and putting end-to-end session initiation protocol (SIP) functionality in the latest releases of its IP telephony software Communication Manager 5.0 and routing and resource matching software, Avaya Call Center 5.0.

Avaya’s European solutions marketing manager Gordon Loader said, “This release is a staging post on our journey from a being proprietary vendor to more intelligent software using SIP."

"The end game is to create a unified environment targeted towards larger enterprises building on a foundation of functionality that SIP provides,” he added.

In Call Centre 5.0, the dial in will use rules-based processing so that if a call, to a helpdesk, gets complicated operators will be able to use IM to get hold of the requisite expert, letting them route the call through to them.

Loader said the system runs on Linux and would be available from Avaya on a pre-cserver pre-configured but that they’d also need a gateway to run the system on.

Avaya said that phones can be set up in the agent’s home using a secure VPN and that other contact centre capabilities can now be used through SIP trunks, rather than existing ISDN trunks. The new release also enables users to pass calls and information between contact centres, so that customer data is readily available to assisting agents.

The release comes on the back of the recent prediction by VoIP security vendor Sipera that the top threat for 2008 would be denial of service (DoS) and distributed DoS (DDoS) attacks on VoIP networks.

In a statement summarising recent research carried out by Sipera’s Viper Lab, Sipera CTO Krishna Kurapati said that the openness and extensibility of SIP make it an attractive choice for enterprises and service providers to realise the promise of unified communications, “Unfortunately, those very attributes make it attractive to the hacking community and increase the overall security risk.”
Got a news tip for our journalists? Share it with us anonymously here.
itweek.co.uk @ 2010 Incisive Media
Tags:
addavayascentrecontactnewsiptelco/isptools