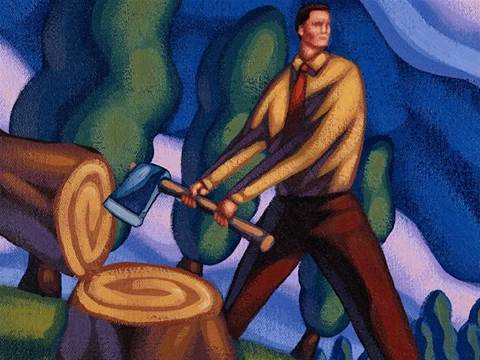 Some 16 years of local innovation to be switched off.

Networking vendor Avaya appears set to shut down its research and development lab in North Ryde, Sydney - remembered affectionately as the Australian arm of Bell Labs.

Multiple sources told iTnews that the majority of R&D staff at the lab were informed that their positions would no longer be available.

After repeated attempts to contact Avaya, the company confirmed that it was "consolidating some of its R&D functions" in Australia as part of a "global realignment", but refused to divulge how many researchers were laid off.

The company, in stark contrast to several other sources, said that despite the consolidation it would maintain some semblance of an R&D capability in Australia.

But sources have told iTnews that the heart and soul of what began as the Australian arm of Bell Labs in 1994 was today disbanded, and that the small number of researchers that remain employed are likely to only remain to fulfil the remainder of their contracts.

Both in its incarnation as Bell Labs and Avaya Labs, the operation employed some of the quiet achievers of the industry - engineers responsible for building much of the networking tools, contact centre software and unified communications solutions Avaya customers the world over use today.

Bell Labs was established in 1925 by American telco, AT&T, before the carrier spun out its manufacturing and R&D operations as Lucent Technologies in September 1996.

The lab continued under Lucent before it in turn spun out its business systems unit as Avaya in October 2000. The lab was then rebranded Avaya Labs.

At the time it inherited this legacy, Avaya hired 3,000 research and development staff globally.

At its peak, the lab employed some 100 researchers in North Ryde.

Avaya refused to divulge how many research staff remain employed in Australia.

For more on this story, stay tuned to iTnews.com.au.