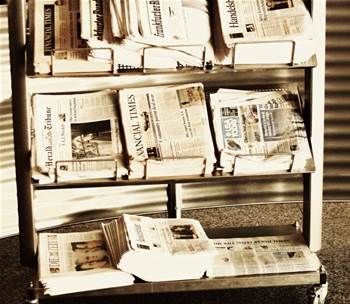 The world is watching.

Senator Stephen Conroy is fast becoming an international name - with the world's technology and political community astounded as much by his plans for an internet filter as the build of the $43 billion national broadband network.

London's Telegraph led with the headline "Australia plans Chinese-style internet filtering", reminding its UK readers that the leaked ACMA blacklist had included the "innocent websites of a dentist's practice in Queensland, a tuck-shop consultant and a kennel operator."

In the United States, Fox News ran with the headline: "Joining China and Iran, Australia to filter internet."

The Wall Street Journal, The Washington Post and the The New York Times ran with a moderated version of an Associated Press story which stated that the Australian Government was introducing a filter "despite concerns it will curtail freedoms and won't completely work."

Agence France Press described the Government's scheme as a "mandatory China-style plan to filter the Internet" that the Government will pursue "despite widespread criticism that it will strangle free speech and is doomed to fail."

BBC News and USA Today played the same story with a straighter bat, the former simply reporting that Australia "intends to introduce filters which will ban access to websites containing criminal content" and the latter running with the headline, "Australia to introduce mandatory internet filter."

The BBC interviewed Dr Windsor Holden, principal analyst at Juniper Research, who said that the  "noble aims" of the filter could be lost in its implementation.

"Clearly there is a need to protect younger and more vulnerable users of the net, but one concern is that it won't just be illegal websites that will be blocked," he told the BBC.

Computerworld in the UK led with the headline that "Australia edges us towards the dark ages."

Respected online technology journal Ars Technica, meanwhile, focused on a concern commonly cited on iTnews - that any such filter will not block the protocols most commonly used for the transfer of illegal content.

"Australia has discovered an old Chinese remedy that just might do the trick: mandatory ISP filtering using a secret government blacklist," the journal wrote.