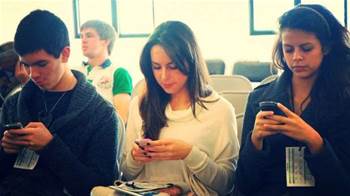 Australia’s mobile virtual network operator (MVNO) market appears to have peaked and is now expected to account for just six percent of mobile subscribers by mid-2023, according to Venture Insights.

The consultancy said in a new report that it now expected the market share of MVNOs in Australia to fall from its current 15 percent of subscribers.

“We had previously expected the MVNO market to continue to grow - but with recent announcements for mobile network operator sub-brands Felix (TPG) & Gomo (Optus), Telstra’s existing strong growth in Belong and now the acquisition of Amaysim by Optus, we now forecast the MVNO mobile market share to decline from 15 percent to six percent by 2023,” the firm said.

“The mobile network operators are grabbing the industry steering wheel off the MVNOs and are setting themselves up to dominate the low-price end of the market,” head of research David Kennedy said in a statement.

There was still demand for low-cost service options, he noted, but mobile operators are trying to secure those customers for themselves rather than send them on to MVNOs.

While noting that the mobile network operators risked “cannibalising their own base” by going to market with new low-priced offerings, Kennedy said “they cannot surrender much more of their retail subscriber base to MVNOs.”

“While the mobile network operators may lose some revenue, they can maintain margins if [the] proposed lean business model of these sub-brands delivers lower cost,” he said.

Both TPG and Optus have said their respective low-cost brands will be in-market “soon”.