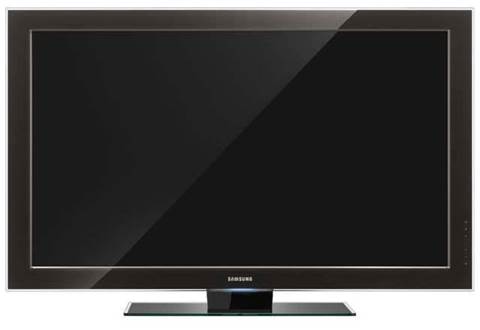 South Korean firm Samsung Electronics has beat its competitors to the market with Australia’s first LED television under $9999 – “arguably the most stunning picture ever seen on a television.”

“We are confident that this unit will deliver the highest quality pictures available on an LCD TV.”

The Series 9 televisions also use a 2,000,000:1 dynamic contrast ratio, the highest in the Australian market.

"Dynamic contrast ratio, however, is like Cold Power: it claims to make your whites whiter and your blacks blacker. It's a way of trying to fake depth and richness, but because the screens it's built into are actually quite deep and rich without the feature, it's not only unnecessary but it manages to mangle your video in the process."

The Series 9 has four features also launched in Samsung’s Series 7 and 8. First, it accepts USB keys for displaying pictures, videos, movies and music. Second, it connects to an RSS viewer for news and information, which can be displayed while watching TV.

In a swipe at Microsoft’s Windows Media Centre, the television’s DLNA feature connects home PCs to the television to watch “stored entertainment” and media files. A Samsung representative said that the televisions could play “all common media file formats” including DivX and AVI.

Lastly, it contains a content library which stores content such as fitness programmes, recipes and children’s games. It also includes a collection of art images for the TV to display while not in use.

"The claim "the first LED television available on the Australian market" refers to Samsung launching the first mass market LED television widely available in major retail channels at a price under $9,999. A Samsung and a competitor 70" LED television was previously available but in extremely limited distribution at a retail price of around $70,000; fewer than five units were sold across both companies*."