Australia's biggest telcos not yet collecting all user metadata 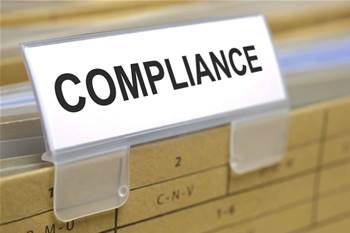 Australia's three biggest telecommunications companies are not yet retaining all the non-content data of their users despite the nation's data retention scheme coming into force yesterday.

The country's carriage service providers were by yesterday required to start storing the non-content data of all customers for two years under the new law.

However, telcos were able to apply for extensions or exemptions to the scheme, should compliance by the due date be problematic.

Telstra yesterday confirmed it had submitted its extension request and had its data retention implementation plan (DRIP) approved by the Attorney-General's Department, giving it as much as an 18-month leeway on its obligations.

iTnews can also reveal Vodafone and Optus similarly submitted implementation plans to the department, but are yet to have them formally approved.

A Vodafone spokesperson told iTnews the telco was working with the AGD through the detail of its implementation plan.

They said Vodafone expected to complete all its required system upgrades and be compliant with its data retention obligations by the extension deadline of April 2017.

An Optus spokesperson said the company was working closely with the AGD on issues including administrative processes associated with compliance plans as well as on capital funding arrangements.

“Optus has established a significant compliance program and is on track to meet its metadata retention obligations," the spokesperson said.

iiNet and TPG did not respond to requests for detail on the status of their data retention compliance.

Telstra chair Catherine Livingstone yesterday said she understood Telstra was one of the few telcos to have its DRIP approved by the AGD.

A recent survey by telco industry body the Communications Alliance revealed most of its members did not meet yesterday's compliance deadline.

It showed most of the ISPs that had submitted a request for an extension had not yet heard back from the AGD on the status of their application.

The AGD has refused to detail how many providers were compliant as of the scheme's first day of operation, nor how many have been granted extensions or exemptions.

Communications Alliance CEO John Stanton yesterday said it was "no surprise" many service providers wouldn't be compliant by the due date.