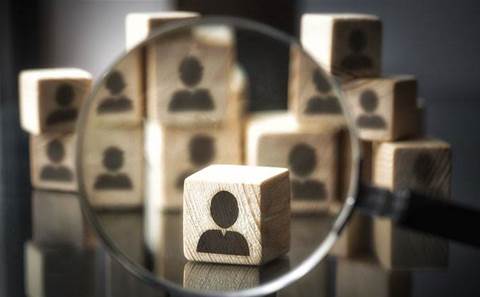 NAB brings in hundreds, others dozens, to sate demand for digital skills.

Major Australian banks are training a new generation of technology talent with hundreds of paid interns being skilled up in digital solutions to meet the high demand for workers.

An investigation by iTnews shows that many of Australia’s largest financial institutions have increased their intakes of both interns as well as more traditional university graduates in recent years as they build upon existing technology foundations or replace outdated legacy systems.

NAB took on 292 technology interns in 2021 – a massive jump on the 14 interns it took in when it started an internship program back in 2017.

“Year on year we are growing the intake, and NAB has officially moved into the largest technology internship provider in Australia, based off of feedback from RMIT, Deakin and Swinburne [universities],” a NAB spokesperson told iTnews.

“[The interns] will help us in delivering the best applications, platforms and products to support our customers and frontline colleagues.

“It’s also so great for us to be alongside our Australian universities and technology communities providing fantastic early experiences to help people kick off their careers.”

Internships at NAB are paid, though at a lesser rate than university graduates, since the latter has completed education and often brings relevant IT experience to the table as well.

NAB said both interns and graduates were offered upskilling opportunities in then form of AWS certifications and Pluralsight courses.

While ANZ’s intern intake is not in the hundreds, ANZ graduate program manager Cholena Orr said the bank is already recruiting for Summer technology interns in Australia, with 16 to start in November.

“We are also recruiting interns via another pathway program for people pivoting their career into data, digital and technology areas, which will see an additional 30 interns joining us in October," Orr said.

“We recruited 11 summer interns in 2019 [and] 2020, and have seen slight growth in Summer internship numbers.”

Orr said that ANZ is also increasing the number of technology graduates it is taking in, which she said “speaks to ANZ’s commitment to nurturing grassroots talent.”

“What’s important to call out is that we will have 65 technology grads joining our Australian business in February 2022,” said Orr.

“The number of technology graduates joining ANZ has grown each year over the last four years, and we expect this will continue to grow in both programmatic and non-programmatic roles," she said.

Comparatively Westpac’s 2021 combined intake of technology interns and graduates was 23, a little down on previous years due to the uncertainty presented by Covid-19.

However, it is expected that Westpac’s 2022 intake of technology graduates and interns will be more than 30.

Under the Westpac program, all graduates start with a specialised 12-month accelerated learning and development pathway towards their selected area.

Interns, meanwhile, undertake a 12-week program over the Summer university break to offer them work experience whilst they are still studying.

iTnews understands Westpac is more focused on its graduate program at present as the internships benefit from more face-to-face contact, which isn't currently possible amid the pandemic.

Graduates and interns are paid. Interns under the 12 weeks program receive a graduate's salary on a pro-rata basis.

Walker added it plays an “important contributor to the development of our tech talent.”

“Our newest offering in-market is a specialist technology graduate program targeting areas which are growing in importance with the increased shift to digital, including software and data engineering," he said.

The Commonwealth Bank of Australia has significantly evolved its intern and graduate programs over the past year.

In 2020, the bank launched a new internship program where university students are given the opportunity to take up a paid position with the bank.

Together with the new internship program, the bank has a graduate program that covers its key areas of group operations, cyber security, technology and engineering.

CBA executive general manager human resources for enterprise services Jane Adams said the bank wants to ramp up its graduate program and “capture some of the amazing talent that is out there.”

“The more we do events like ‘Girls in Tech’, the more chance we have to raise the profile of careers in technology and innovation, and potentially inspire the next generation to come and work for the bank one day," Adams said.

At CBA the internship program usually runs for 10 weeks while the graduate program can extend for up to 18 months, depending on the business area. Both are paid.

Outside of the 'big four' - but still a large institution in it own right - Macquarie Group is expecting to have “a slight increase tech interns” this year as the investment banking group's technology spend grows year-on-year.

“Areas we are investing in at Macquarie are around accelerating cloud adoption, increasing agility, automation and scale of our services,” a Macquarie spokesperson told iTnews.

“We have always had a long-term focus on building leadership and other capabilities in all of our staff, including our interns.

iTnews understands Macquarie interns and graduates are paid a salary in line with market rates.