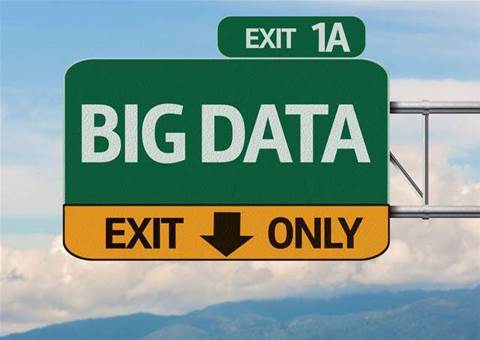 Say no to more regulation.

Australia's largest enterprises are lobbying against the possibility of new regulations governing the sharing of data, arguing they should be allowed to come up with such arrangements on their own.

The federal government asked the Productivity Commission in April to undertake a data access review following last year's David Murray-led financial systems inquiry, which recommended banks be forced to share more of their data for the greater good of the industry.

The commission's review is looking at the opportunities and risks of opening up more data, alongside existing policies and regulations across government and big business.

But Australia's largest enterprises are arguing that greater availability and use of data can be achieved without regulatory intervention.

In the finance sector - where the terms for the inquiry first originated - banks already have "strategic partnerships" to "drive innovative collaboration" without being told to do so via regulation, CBA argued.

"The Commonwealth Bank’s view is that over-regulation of data access rights could in fact be counter-productive and also potentially damaging to innovation in Australia."

CBA claimed that compelling open data access to customer financial data would "devalue the industry’s investment in data and act as a disincentive to ongoing investment".

ANZ Bank said it already makes substantial amounts of data available to customers and expects this to increase as technology advances and things like the comprehensive credit reporting scheme come into play.

Finance firms have invested "considerably" in data collection over the years and are reluctant to release it free of charge, insurer IAG said. It argued that requirements to release data to competitors at no cost would mean businesses would therefore avoid in investing in data collection.

"IAG opposes legislative or regulatory change that compels organisations to release data in which it has legitimate commercial interests in protecting, except in rare circumstances when release of data in the public interest is imperative," it wrote [pdf].

The operator of Australia's stock market, the Australian Securities Exchange, claimed there was no current failure in the market that meant an additional layer of regulatory intervention was required on top of obligations already prescribed by ASIC and the RBA.

"If there are concerns that restricting access to data or pricing of that data is being used as a barrier to entry then the competition policy laws provide an appropriate regulatory framework to address them," the ASX said [pdf].

One of Australia's biggest energy companies, Origin Energy, argued its industry was similarly doing well with data sharing and any new regulation would "stall innovation and competition" [pdf].

It warned that any costs it would bear through meeting new data sharing regulations would be passed onto consumers through higher energy bills.

Fellow utilities provider AGL conceded that while it would make sense to create minimum obligations for the provision of energy consumption data to customers, governments and regulators should otherwise steer clear of introducing new rules that would mandate what the industry is already doing.

"In AGL’s view, we are currently witnessing only the first wave of products and services that leverage energy consumption data to offer value to customers. As the digital and technological transformation of the energy industry continues apace we expect to see competing energy services businesses responding to unique customer preferences in new and innovative ways," it said [pdf].

Australia's largest telco Telstra echoed the calls of its peers, arguing mandated sharing of its datasets would have an adverse impact on its business.

"The trust customers place in us as custodians of their data is the primary reason why we do not disclose our customer datasets," Telstra wrote [pdf].

"Legislation which prohibits the unilateral disclosure of certain customer data and the inclusion of confidentiality clauses around some of the services we provide are also reasons why we do not make our datasets publically available, noting they underpin our operations, are a source of commercial value and involve cost in terms of collection and management activities."

The commission will release its draft report on the matter in November.