Australians lost $16m to ID theft so far this year 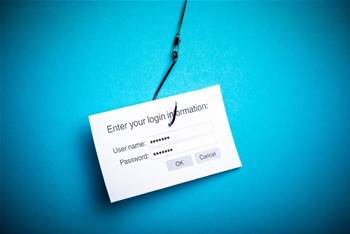 Australians have already lost $16 million to Identity theft and phishing-related scams this year,  according to the Australian Competition and Consumer Commission.

The ACCC's deputy chair Delia Rickard urged Australians that had lost money to scammers to report it.

“If you think scammers might have gained access to your personal information, even in a scam completely unrelated to your finances, immediately contact your bank,” Rickard said.

Four in 10 reports to Scamwatch so far this year have involved either attempts to gain information or the actual loss of information, largely through digital channels or phone scams.

The ACCC said some of the most likely avenues for scammers to approach potential victims include:

Rickard said timeliness in alerting financial institutions to any problem is “absolutely crucial” to mitigating any losses, and to have the best chance of recovering funds.

It can also help banks identify suspicious purchases of expensive electronics or pieces of furniture through “no-repayments for 12 months” schemes, which might otherwise emerge as an unexpected cost long after the initial scam.

Victims of ID theft should contact IDCARE, a national identity and cyber support service that can guide people through the steps of reclaiming their digital identity.

Scams can also be reported to the ACCC’s Scamwatch.

Other booming strategies for scammers include posing as NBNCo to extort money or information, and investment scams relating to cryptocurrencies, which cost Australians $6.1 million last year.