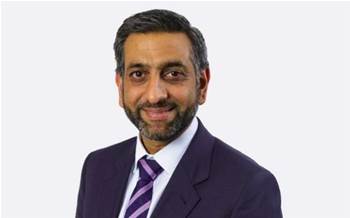 Healthcare and insurance provider Australian Unity is entering the final stages of a major IT overhaul aimed at improving sales conversion rates while rooting out obsolete systems.

As part of the upgrade, Australian Unity has implemented Salesforce for CRM in its healthcare division, Thunderhead for web forms, Interactive Intelligence for contact centre telephony and WebMethods for integration.

The new systems have replaced a hodge-podge of obsolete platforms, including a 20-year-old bespoke CRM platform, a web forms framework that reached end-of-life in 2004 and eight different contact centre telephony systems.

Australian Unity group executive for business technology Tahir Tanveer told iTnews the decision to overhaul the obsolete systems was made following the introduction of a new corporate strategy in 2014.

The strategy highlighted the importance of technology and innovation to Australian Unity's future success in the marketplace, he said.

“Our four enablers are people and leadership; architecture and technology; innovation; and business intelligence," Tanveer said.

“Where we have systems that aren’t assisting us in enabling our business strategies, we’re upgrading them."

Tanveer was also keen to reduce IT complexity by standardising platforms across the company.

The company has four main businesses: financial services, insurance, allied health facilities and retirement living. Across the four divisions it has a total of 2000 staff and 850,000 customers nationwide.

“Each of those businesses offers a number of services, so within Healthcare you have health insurance retail, a corporate health fund (GU Health), dental clinics and allied health services (Remedy Healthcare)," Tanveer said.

One of the better-known services is its retail health insurance business.

According to the Private Health Insurance Ombudsman [pdf], Australian Unity holds around 8.7 percent of the private health insurance market in Victoria, making it the third largest fund in the state after Medibank and BUPA.

"The challenge for IT is how to get standardisation of core infrastructure across the group while offering flexibility at applications level to accelerate execution of business strategies," Tanveer said.

Australian Unity's healthcare arm previously used a bespoke CRM application called Front Office that had been developed in 1996 by the Ferntree Computer Corporation.

Front Office combined a background batch processing system with a user-friendly (for the time) front end for its previously existing customer databases.

The CRM system for healthcare had been separate to the one used by Australian Unity's investment arm, which migrated to Salesforce in 2008.

As new sales channels emerged, such as the web or mobile, they were grafted on to the healthcare CRM system.

“We added online member services for the first time in 2006 that allowed customers to check and change account, policy information such as their claim information, benefit limits and lodging online claims," Tanveer said.

“In 2012 we launched our first app for iPhone and iPad. Now both IOS and Android apps are available."

A major problem with the setup was that there was no way for customers or staff to begin an inquiry in one channel and then transfer it to another.

Contact centre employees also coudln't pick up an inquiry from where a customer had left off online.

Instead, the contact centre operator would have to go through the entire order process again from scratch, even if a customer had already entered in most of the information online.

According to Tanveer, such situations are relatively common given the complexity of health insurance products.

“Health insurance can be a very complicated area, and a lot of customers begin their research inquiry on the web but may need assistance through our contact centre to clarify their needs and what is covered by a health insurance product," he said.

“But the old systems couldn’t integrate across channels. Now you can start a sales process on the web and then, if you need help, you can call our contact centre and they can pick up where you left off."

Allowing such omni-channel inquiries meant Front Office would need to be replaced, and the decision was made to standardise on Salesforce.

“With Salesforce, we went through an RFP and started small with our Remedy business," Tanveer said.

"The key thing was the platform needed to be ready feature-wise. A lot of boxes were ticked from meeting business requirements, an architecture perspective, ease of use, as well as mobility requirements."

The key business benefit of the CRM upgrade has been a significant increase in sales conversion rates.

“That’s not just because of the technology; it’s also because it has allowed staff to adopt a more needs-based sales strategy. We have also invested in culture (empathy and humanistic) and process improvements," Tanveer said.

“The second benefit is staff engagement, because staff now have all the key information they need consolidated into a single system.

“And then the collaboration features can be used as an internal chat, so that staff can find out information they might not be sure of while they’re on a call."

Front Office was not the only example of where an outdated system was holding the insurer back.

Before the IT overhaul, Australian Unity had used eight separate systems to handle incoming calls to its contact centre.

The relative simplicity of a single integrated system allows business units to make basic changes to the contact centre telephony system works without needing to bringing in IT.

“Interactive Intelligence has everything integrated into one system, plus extra features like automated call backs, which we didn’t have before," Tanveer said.

The legacy online forms platform was also put under the knife.

The organisation had previously implemented the Adobe Jetform tool, which was discontinued in 2004.

“At one stage we considered complete outsourcing to a printing house but we decided that it was important to keep certain crucial IP around our business rules in-house, and Thunderhead was the preferred tool for the job," Tanveer said.

To tie the new systems together, Australian Unity opted to use the WebMethods enterprise service bus platform.

According to Tanveer, WebMethods will allow systems integration will be performed in a standardised way across the company.