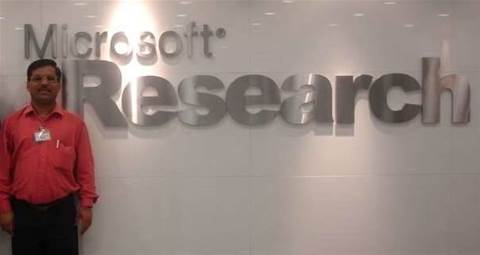 Cloud computing is tipped to nudge $A200 billion a year by 2013, but who pays for it is the question that concerns a newly decorated Melbourne researcher.

Rajkumar Buyya (pictured right) has won this year's Medal for Excellence in Scalable Computing from the Institute of Electrical and Electronics Engineers for his work laying the economic and technical foundations of cloud computing.

Dr Buyya's company Manjrasoft is in the throes of commercialising his patented Aneka technology that grew out of his work in the Grid Computing and Distributed Systems lab at the University of Melbourne.

Grids are clusters of computers harnessed over a network to perform complex tasks. They are assembled quickly, scale to meet a variety of needs and are instrumental in creating the next-generation cloud infrastructure epitomised by applications such as Google Apps and salesforce.com.

Analysts at International Data Corporation late last year predicted such a utility model of computing, akin to flicking a light switch or turning a spigot, at $US42 billion a year will account for a quarter of IT spending in three years. With the recession biting, Gartner upped the ante last month estimating that cloud services will hit $US56.3 billion ($78 billion) this year and skyrocket to $US150 billion in 2013.

In making the award, the institute noted that Dr Buyya's technologies have gained "rapid acceptance and are in use at academic institutions and [businesses] around the world".

Dr Buyya receives an honorarium of $US1000 and will present the opening keynote at next month's CCGrid 2009 Conference in Shanghai.

The previous winner of the medal was Jack Dongarra from the University of Tennessee and Oak Ridge National Laboratory.